Shutter speed and aperture are two of three basic elements of photography, often referred to as the exposure triangle. The third is ISO, a measure of how sensitive your camera's sensor is to light. The term ISO comes from film photography. Film has ISO ratings that indicate sensitivity to light. The lower the ISO, the less sensitivity. The higher the ISO, the greater the sensitivity. Digital cameras don't use film, but some digital cameras have ISO settings that simulate film ISO ratings. For this basic course, you're going to concentrate on shutter speed and aperture.

Aperture is the opening in a camera lens that can be made bigger of smaller to let more or less light through the lens. Aperture is measured in f-stops. 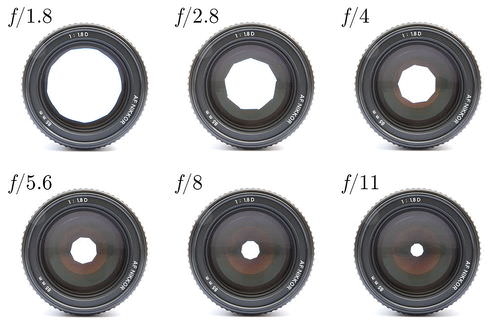 Learn about aperture and depth of field at Understanding Your Camera: Lens Aperture Demystified from Martin Pot – Photography Blog: http://martybugs.net/blog/blog.cgi/learning/Lens-Aperture-Demystified.html

Look at photo examples of depth of field at Meaning of Depth of Field from Second Picture:
http://www.secondpicture.com/tutorials/photography/meaning_of_depth_of_field.html