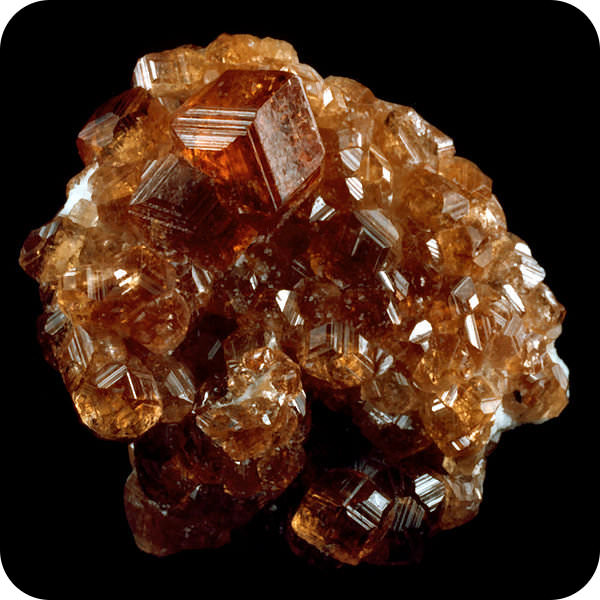 What would you do with this mineral?

Learn about the minerals behind modern life with this video.

Mineralogists are scientists who study minerals. They divide minerals into groups based on chemical composition. Even though there are over 4,000 minerals, most minerals fit into one of eight mineral groups. 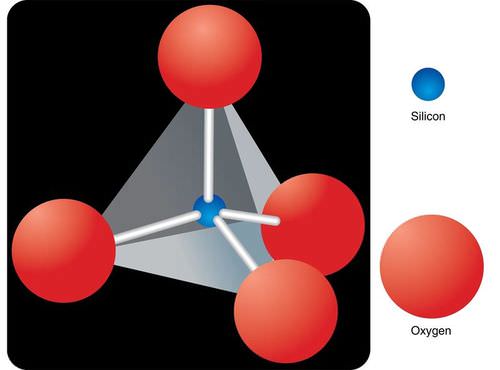 Silicate minerals are divided into six smaller groups. In each group, the silicate pyramids join together differently. The pyramids can stand alone. They can form into connected circles called rings. Some pyramids link into single and double chains. Others form large, flat sheets. Some join in three dimensions.

Beryl (a) and biotite (b) are both silicate minerals.

Native elements contain only atoms of one type of element. They are not combined with other elements. There are very few examples of these types of minerals. Some native elements are rare and valuable. Gold, silver, sulfur, and diamond are examples.

What do you guess carbonate minerals contain? If you guessed carbon, you would be right! All carbonates contain one carbon atom bonded to three oxygen atoms. Carbonates may include other elements. A few of these are calcium, iron, and copper. 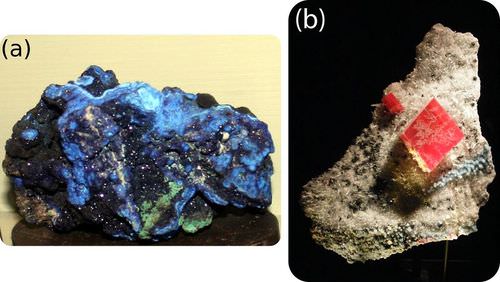 (a) The deep blue mineral is azurite and the green is malachite. (b) This red rhodochrosite is a carbonate mineral. Rhodochrosite is usually pink; the red crystals are rare.

Earth’s crust contains a lot of oxygen. The oxygen can combine with other elements to create oxide minerals. Oxides contain one or two metal elements combined with oxygen. Oxides are different from silicates, because they do not contain silicon. Many important metals are found as oxides. For example, hematite and magnetite are both oxides that contain iron. Hematite (Fe2O3) has a ratio of two iron atoms to three oxygen atoms. Magnetite (Fe3O4) has a ratio of three iron atoms to four oxygen atoms. Notice that the word “magnetite” contains the word “magnet." Magnetite (Figure below) is a magnetic mineral.

Magnetite is one of the most distinctive oxides since it is magnetic. 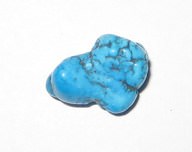 Turquoise is a phosphate mineral with a beautiful blue color. The stone is not as rare as some minerals and is commonly used for jewelry.

Sulfate minerals contain sulfur atoms bonded to oxygen atoms. Like halides, they can form in places where salt water evaporates. Many minerals belong in the sulfate group, but there are only a few common sulfate minerals. Gypsum is a common sulfate mineral that contains calcium, sulfate, and water. Gypsum is found in various forms. For example, it can be pink and look like it has flower petals. However, it can also grow into very large white crystals. Gypsum crystals that are 11-meters-long have been found. That is about as long as a school bus! Gypsum forms at the Mammoth Hot Springs in Yellowstone National Park (Figure below). 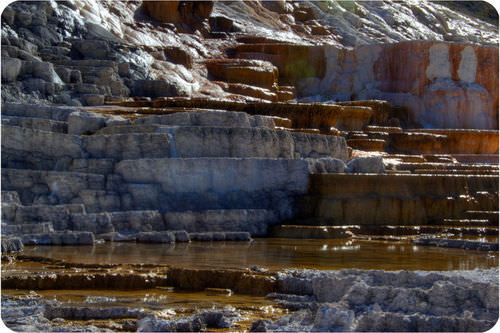 Gypsum is the white mineral that is common around hot springs. This is Mammoth Hot Springs in Yellowstone National Park. 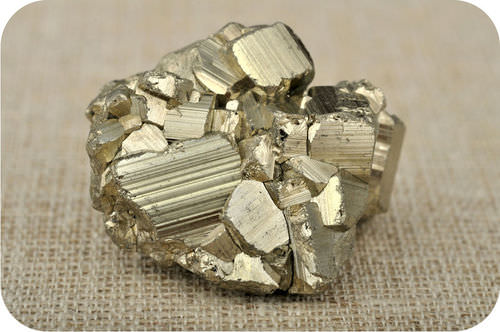 Pyrite has a similar color to gold. The appearance of the striations make pyrite different from gold.