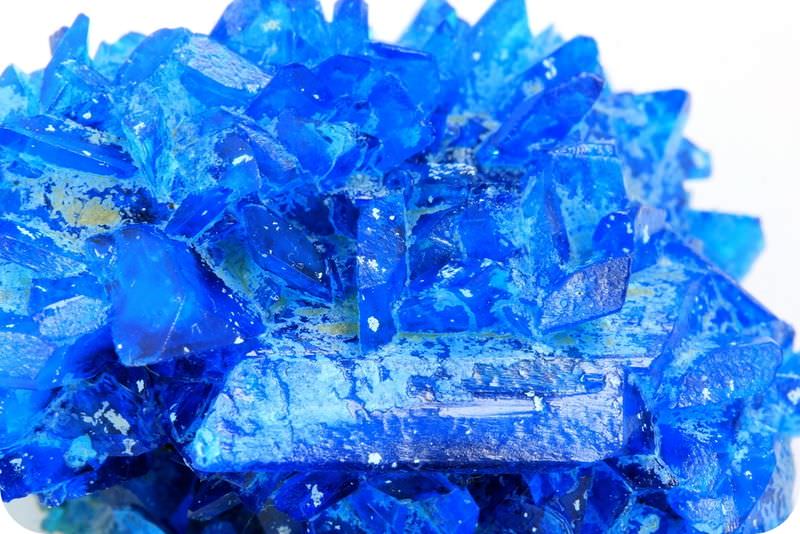 Can you watch minerals forming?

Sure! Some kids get crystal growing kits. They mix up a solution and evaporate off the water. Mineral crystals are left behind. This is similar to the way halite and some other minerals form. These minerals evaporate from salt water.

Formation from Magma and Lava

You are on vacation at the beach. You take your flip-flops off so you can go swimming. The sand is so hot it hurts your feet. You have to run to the water. Now imagine if it were hot enough for the sand to melt. 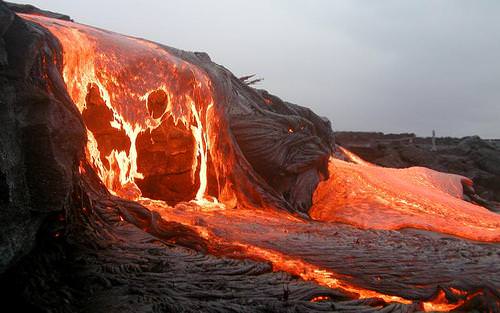 Lava is melted rock that erupts onto Earth’s surface.

Most water on Earth, like the water in the oceans, contains elements. The elements are mixed evenly through the water. Water plus other substances makes a solution. The particles are so small that they will not come out when you filter the water. But the elements in water can form solid mineral deposits.

Fresh water contains a small amount of dissolved elements. Salt water contains many more dissolved elements. Water can only hold a certain amount of dissolved substances. When the water evaporates, it leaves behind a solid layer of minerals (Figure below). At this time, the particles come together to form minerals. These solids sink to the bottom. The amount of mineral formed is the same as the amount dissolved in the water. Seawater is salty enough for minerals to precipitate as solids. Some lakes, such as Mono Lake in California, or Utah's Great Salt Lake, can also precipitate salts.

When the water in glass A evaporates, the dissolved mineral particles are left behind.

Salt easily precipitates out of water, as does calcite (Figure below). The limestone towers pictured below are made mostly of the mineral calcite. The calcite was deposited in the salty and alkaline water of Mono Lake, in California. Calcium-rich spring water enters the bottom of the lake. The water bubbles up into the alkaline lake. The calcite “tufa” towers form. When the lake level drops, the tufa towers are revealed.

Underground water can be heated by magma. The hot water moves through cracks below Earth’s surface. Hot water can hold more dissolved particles than cold water. The hot, salty solution has chemical reactions with the rocks around it. The water picks up more dissolved particles. As it flows through open spaces in rocks, the water deposits solid minerals. When a mineral fills cracks in rocks, the deposits are called veins. Pictured below is a white quartz vein (Figure below). When the minerals are deposited in open spaces, large crystals grow. These rocks are called geodes. Pictured below is a geode that was formed when amethyst crystals grew in an open space in a rock (Figure below). 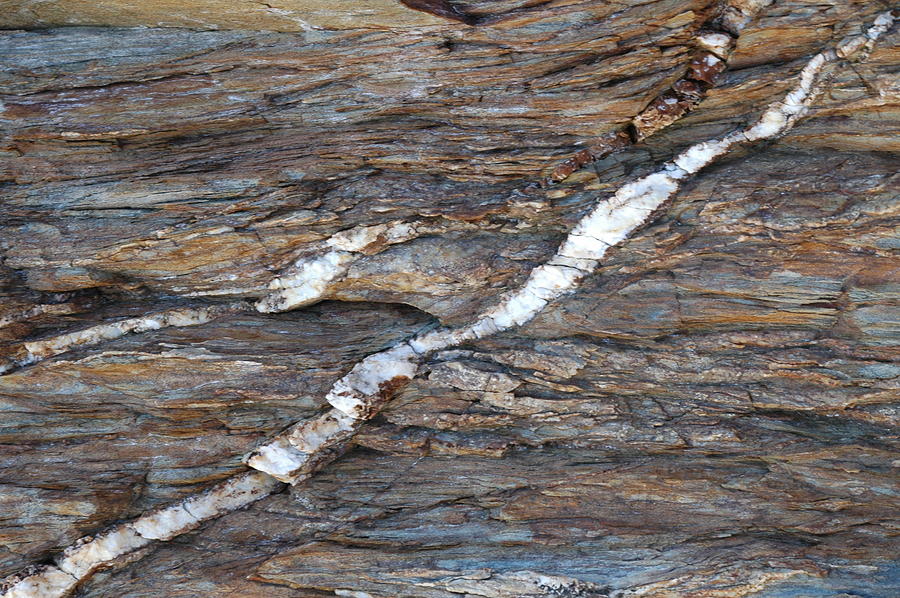 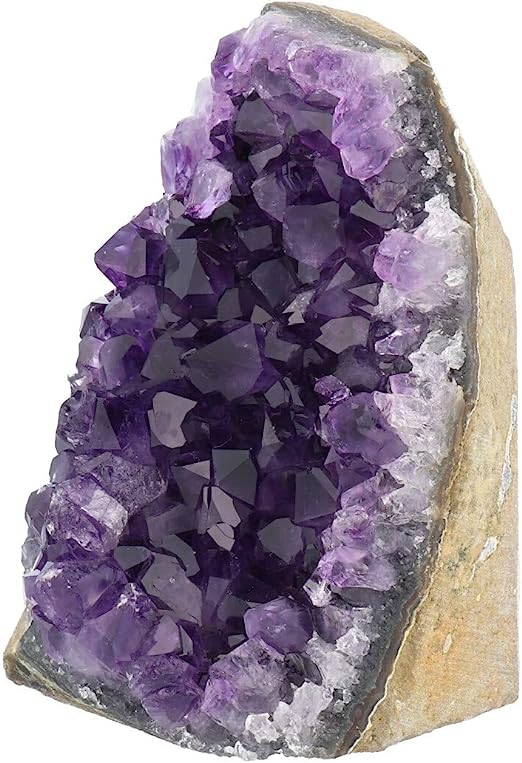