Are these both igneous rocks?

These rocks don't even look like they're the same type! They are, at least in the same way that fish and mice are both vertebrates. They both cooled from magma, but the similarities end there. Can you tell what's different?

Granite is the most common intrusive igneous rock. Pictured below are four types of intrusive rocks (Figure below). 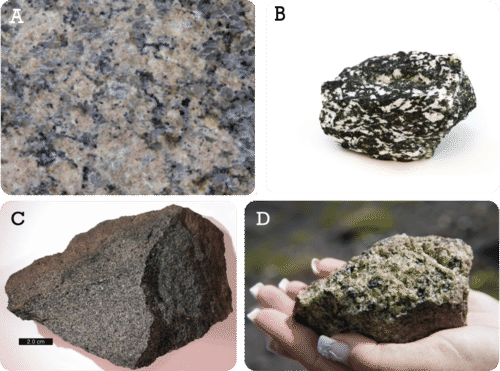 (A) This granite has more plagioclase feldspar than many granites. (B) Diorite has more dark-colored minerals than granite. (C) Gabbro. (D) Peridotite contains olivine and other mafic minerals.

Geological processes have brought some igneous rocks to the surface. Pictured below is a landscape in California’s Sierra Nevada Mountains made of granite that has been raised to create mountains (Figure below). 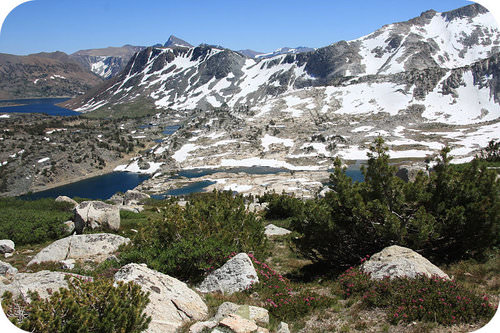