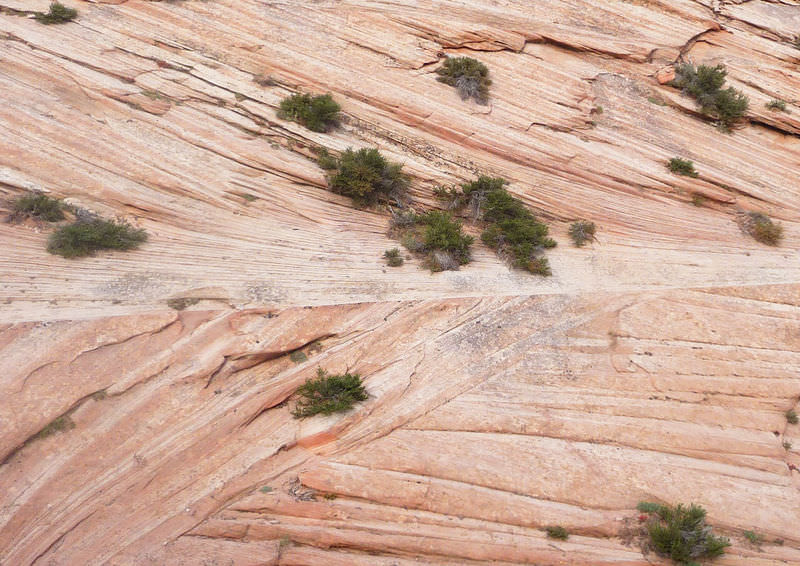 What steps led to this rock formation?

What do you see? The rock is a sandstone, so first there were rocks that weathered and eroded. The cross-bedding indicates that the sand was deposited in a dune. The sand was then buried deeply enough that it turned into rock. This concept will explore how something like sand could become a rock.

Gypsum, with its rose-like structure, is a chemical sedimentary rock.