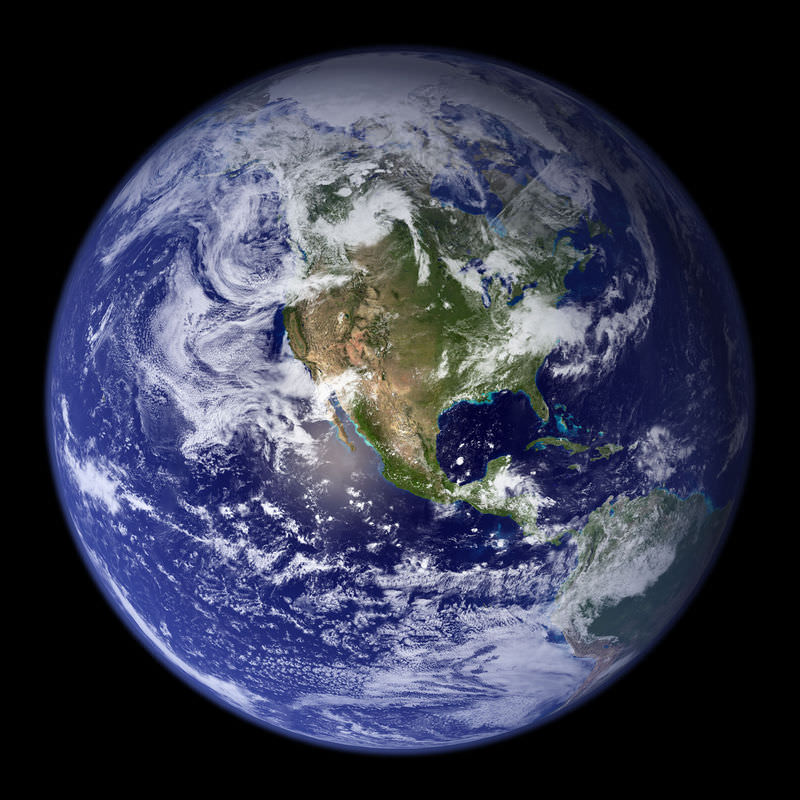 Where is Earth's Water?

Where Is Earth’s Freshwater?

Most of Earth’s water is salt water in the oceans. As seen below, only 3 percent of Earth’s water is fresh (Figure below). Freshwater is water that contains little or no dissolved salt. Most freshwater is frozen in ice caps and glaciers. Glaciers cover the peaks of some tall mountains. For example, the Cascades Mountains in North America and the Alps Mountains in Europe are capped with ice. Ice caps cover vast areas of Antarctica and Greenland. Chunks of ice frequently break off ice caps. They form icebergs that float in the oceans. 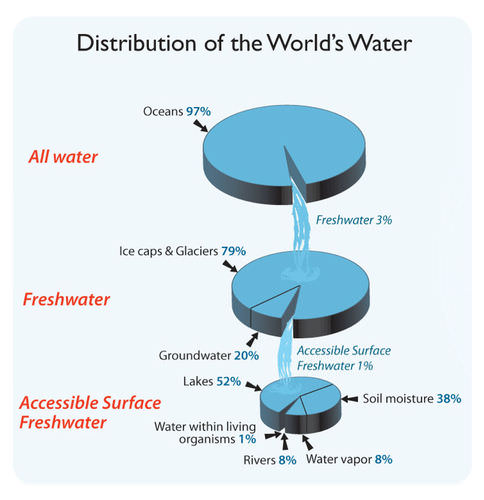 What percentage of Earth’s surface freshwater is water vapor in the air?

Water can remain in a particular location for a long time. This is known as a reservoir. Reservoirs for water include oceans, glaciers, ponds, or even the atmosphere. A water molecule may pass through a reservoir very quickly or may remain for much longer. The amount of time a molecule stays in a reservoir is known as its residence time. The residence time of water in the ocean is 3,200 years. Of course, not every molecule stays that long. That number is an average for all molecules.