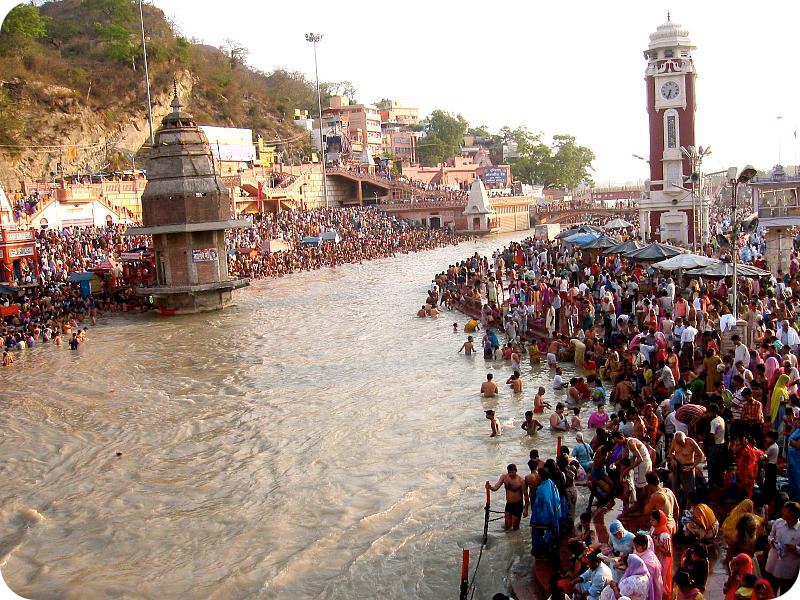 What do you see in this photo?

The Ganges River is sacred to the people of India. It is also a major source of water for drinking and bathing for millions of people. An estimated 400 million people are affected by pollution in the Ganges. What can be done to protect a water body that has so much pressure placed on it?

The water that most Americans get from their faucets is safe. This water has been treated and purified. At least 20% of the world’s people do not have clean drinking water always available. That's more than 1 billion people. They must drink water from where they can get it, from rivers or ponds (Figure below). Human wastes may be in the water. If that's the case, the water will probably contain pathogens. Pathogens are organisms that cause diseases. 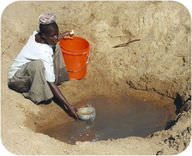 This girl is getting drinking water from a hole that has been dug. It may be the only source of water in this remote part of Tanzania where she lives.

Unsafe drinking water causes 88% of diseases worldwide. In many nations, these diseases are the leading cause of death in children under the age of five. More than 14,000 people die every day from such diseases. Cholera is caused by bacteria. A person gets guinea worm from drinking the guinea worm larvae (Figure below). The cholera bacteria and guinea worms are examples of pathogens.

Guinea worm is a serious problem in parts of Africa that is being eradicated. Learn what is being done to decrease the number of people suffering from this parasite at the video below: