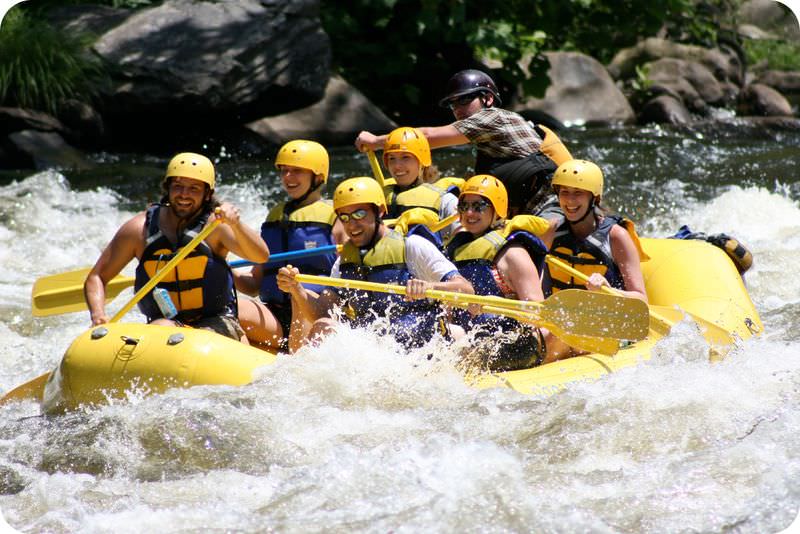 What makes this river so much fun to raft?

Whitewater rafting is a popular recreational activity. The river is fast because its in the mountains traveling downhill. There is a lot of water from snow melt higher up. Sometimes water is added from springs. Did you ever go whitewater rafting? It's fun!

What Are Streams and Rivers?

A stream is a body of freshwater that flows downhill in a channel. The channel of a stream has a bottom, or bed, and sides called banks. Any size body of flowing water can be called a stream. Usually, though, a large stream is called a river.

Features of Streams and Rivers

All streams and rivers have several features in common (Figure below). The place where a stream or river starts is its source. The source might be a spring, where water flows out of the ground. Or the source might be water from melting snow on a mountain top, like the stream pictured below (Figure below). A single stream may have multiple sources. 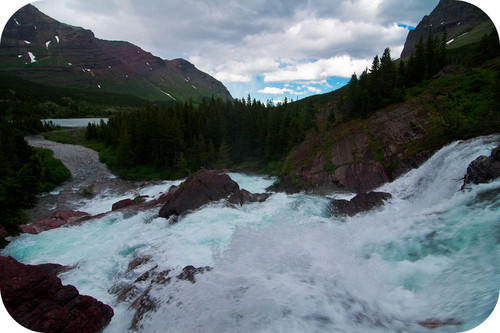 A stream flows fast and steep where it originates in the mountains. This stream, in Glacier National Park in Montana, is coming from snow melt. 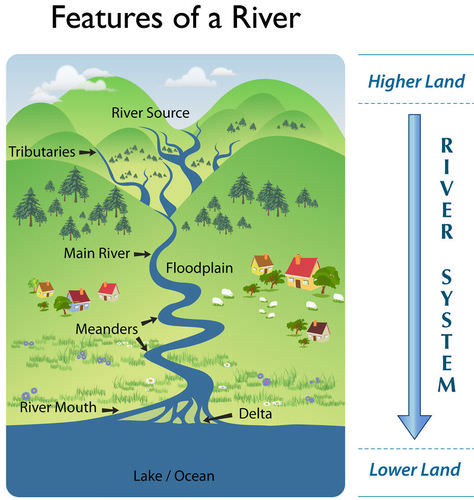 Water in a stream flows along the ground from higher to lower elevation. What force causes the water to keep flowing?

Several other features of streams and rivers are also shown above (Figure above). 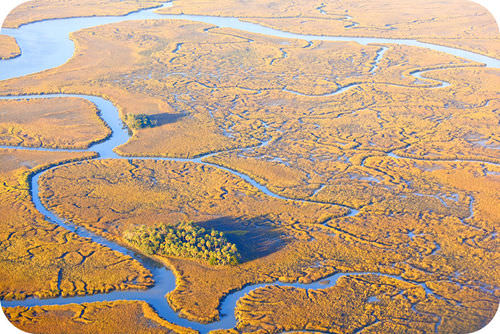 A river meanders across an estuary in South Carolina.

All of the land drained by a river system is called its basin, or watershed. One river system’s basin is separated from another river system’s basin by a divide. The divide is created by the highest points between the two river basins. Precipitation that falls within a river basin always flows toward that river. Precipitation that falls on the other side of the divide flows toward a different river. A continental divide separates rivers that flow into different oceans.

Pictured below are the major river basins in the U.S. (Figure below). 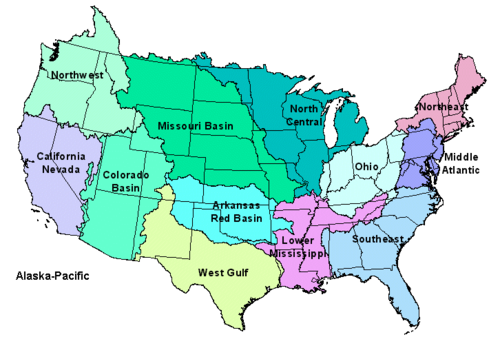 River basins in the U.S.

Use the resources below (start at 0:49) to answer the questions that follow.