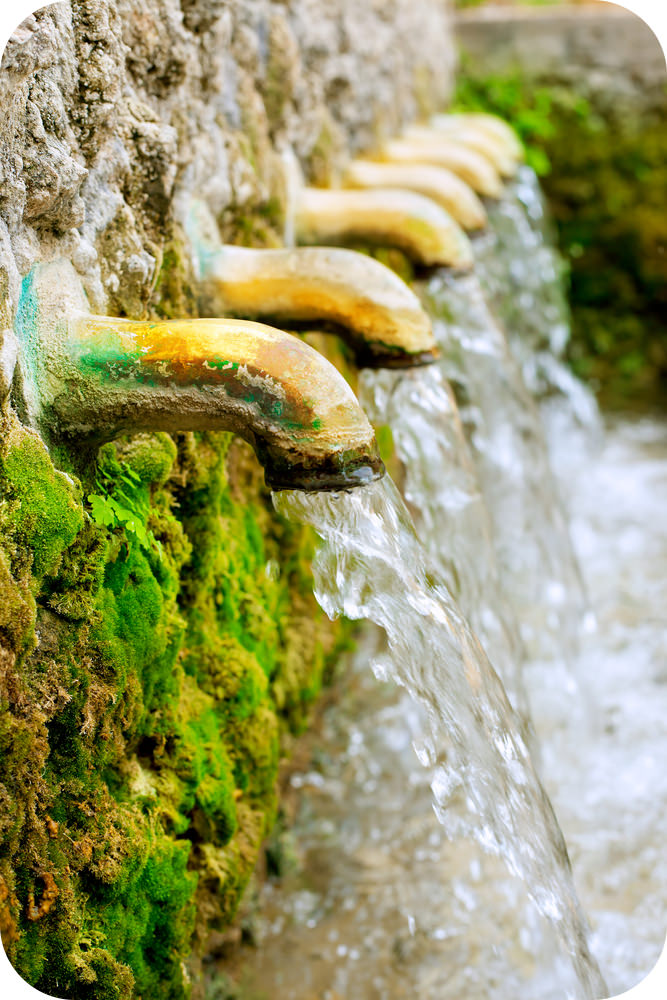 What are these faucets tapping into?

This certainly is an odd sight! We expect to see water at Earth's surface, but coming out of solid rock? Amazingly, much of Earth's fresh water is hidden from sight. It is present in rock and soil. In fact, 20 times more of Earth’s liquid freshwater is found below the surface than on the surface.

Freshwater below Earth’s surface is called groundwater. The water infiltrates, or seeps down into, the ground from the surface. How does this happen? And where does the water go?

Water infiltrates the ground because soil and rock may have air spaces between the grains. These pores, or tiny holes, result in the rock's porosity. If water can move through a rock, the rock is permeable. Eventually, the water reaches a layer of rock that is not porous. This rock is impermeable. Water stops moving downward when it reaches an impermeable layer.

The diagram below (Figure below) shows two layers of porous rock. The top layer is not saturated; it is not full of water. The next layer is saturated. The water in this layer has nowhere else to go. It cannot seep any deeper into the ground because the rock below it is impermeable. 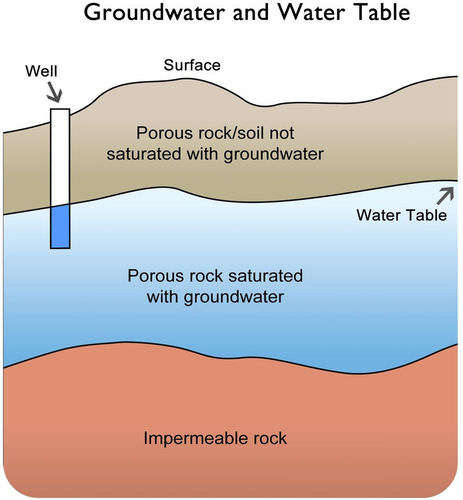 Water seeps into the ground through permeable material. The water stops when it reaches an impermeable rock. Predict the purpose of the well in the diagram.

The top of the saturated rock layer above (Figure above) is called the water table. The water table isn’t like a real table. It doesn’t remain firmly in one place. Instead, it rises or falls, depending on how much water seeps down from the surface. The water table is higher when there is a lot of rain, and it is lower when the weather is dry.