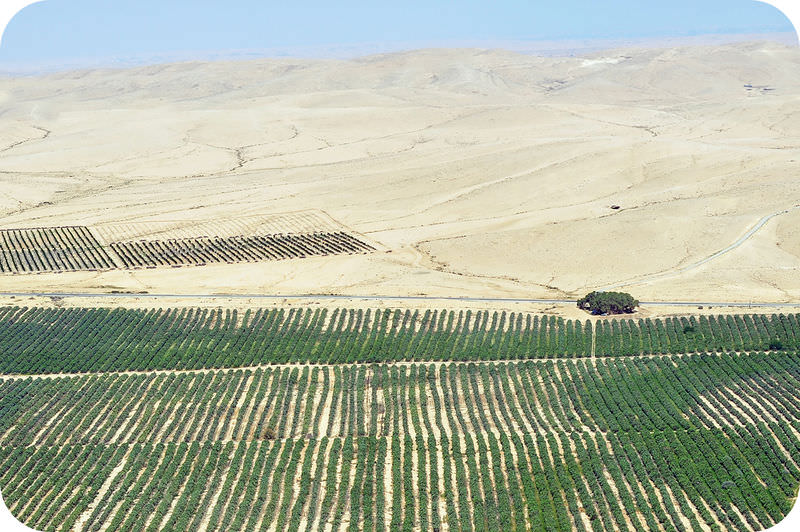 What makes the desert bloom? Water!

You hear a lot about making the desert bloom. Many plants do well in the desert if they are given water. Since deserts do not have much water, groundwater is used. In many desert locations, groundwater is being consumed much faster than it is being recharged. What will happen in the future?

Human Use of Aquifers

Most land areas have aquifers beneath them. Many aquifers are used by people for freshwater. The closer to the surface an aquifer is, the easier it is to get the water. However, an aquifer close to the surface is also more likely to become polluted. Pollutants can seep down through porous rock in recharge water.

People may use the water in an aquifer faster than it is recharged. When this happens, the water table will lower. Wells may go dry. To get to the water, the well will need to be dug deeper.

As the water table lowers, the ground above the aquifer may sink. This is called subsidence. When the ground subsides, any homes or other structures built above the aquifer will be damaged. The San Joaquin Valley of California is one of the world’s major agricultural areas. So much groundwater has been pumped that the land has subsided many tens of feet. 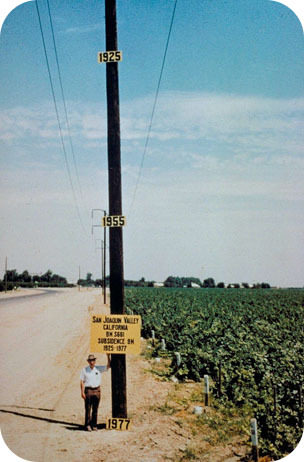 The signs on the pole show where ground level was at different years. The subsidence is due to groundwater depletion.

One of the biggest aquifers in the world is the Ogallala aquifer. As you can see below (Figure below), this aquifer lies beneath parts of eight U.S. states. In some places, it is less than a meter deep. In other places, it is hundreds of meters deep. The water in the aquifer is mostly from the last ice age. 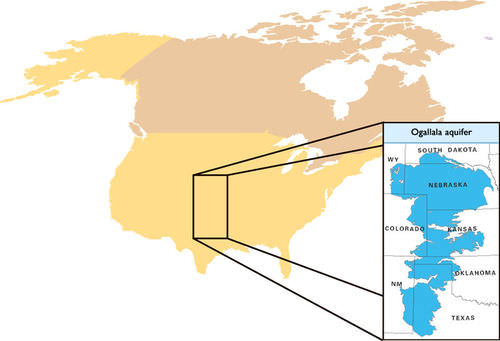 In this map, the area over the Ogallala aquifer is shaded in blue.