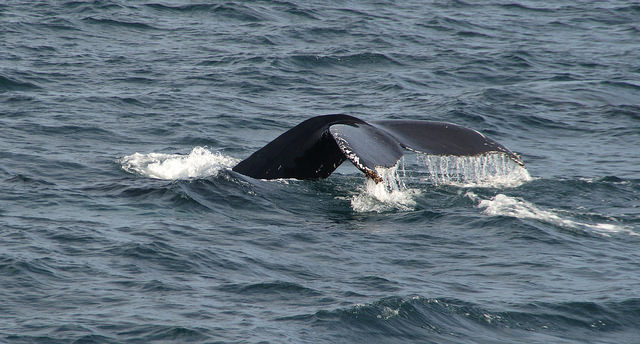 What does this whale know about the oceans?

People divide up the seas into five oceans, but they are really all interconnected. Even so, they are all very different. This ocean is near a shore and is obviously in a cold region. It appears to be a good habitat for whales! No matter what, the oceans have a huge influence on the planet, locally and as a whole.

Oceans cover more than 70% of Earth's surface. Oceans hold 97% of the planet's surface water. It’s no surprise that the oceans have a big influence on the planet. The oceans affect the atmosphere, climate, and living things.

Oceans and the Atmosphere

Oceans are the major source of water vapor in the atmosphere. Sunlight heats water near the sea surface (Figure below). As the water warms, some of it evaporates. The water vapor rises into the air, where it may form clouds and precipitation. Precipitation provides the freshwater needed by plants and other living things. 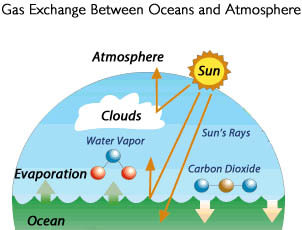 The oceans and atmosphere exchange gases. Why does water vapor enter the atmosphere from the water?

Coastal areas have a milder climate than inland areas. They are warmer in the winter and cooler in the summer. That’s because land near an ocean is influenced by the temperature of the oceans. The temperature of ocean water is moderate and stable. Why? There are two major reasons:

Even inland temperatures are milder because of oceans. Without oceans, there would be much bigger temperature swings all over Earth. Temperatures might plunge hundreds of degrees below freezing in the winter. In the summer, lakes and seas might boil! Life as we know it could not exist on Earth without the oceans.

The oceans provide a home to many living things. In fact, a greater number of organisms lives in the oceans than on land. Coral reefs (Figure below) have more diversity of life forms than almost anywhere else on Earth. Biological diversity is shortened to biodiversity. Oceans contain the majority of biomass on Earth. 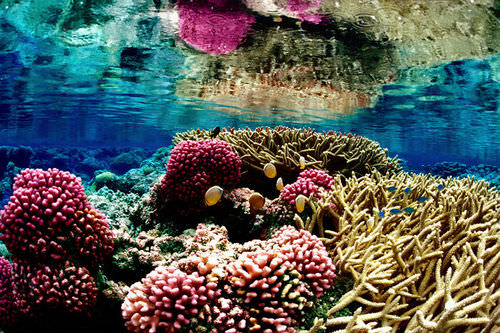