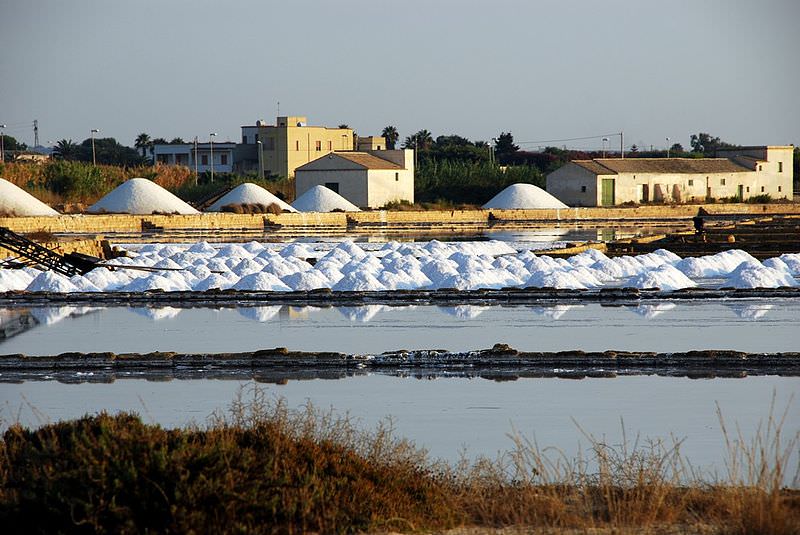 What do you get when you vaporize seawater?

You know that ocean water is salty. How salty is it? What is the salinity of seawater? Average seawater is about 3.5% salt. The amount is different if there is a nearby source of freshwater. It is also different if there is a lot of evaporation in an area. How do you think these things affect seawater salinity? Seawater also contains other substances like sugars, acids, bases, and organic molecules.

Why Is Ocean Water Salty?

Ocean water is salty because water dissolves minerals out of rocks. The ions enter the water. This happens whenever water flows over or through rocks. Much of this water and its minerals end up in the oceans. Minerals dissolved in water form salts. When the water evaporates, it leaves the salts behind. As a result, ocean water is much saltier than other water on Earth.

How Salty Is Ocean Water?

Have you ever gone swimming in the ocean? If you have, then you probably tasted the salts in the water. By mass, salts make up about 3.5% of ocean water. The table below shows the most common minerals in ocean water (Table below). The main components are sodium and chloride. Together they form the salt known as sodium chloride. You may know the compound as table salt or the mineral halite.

The amount of salts in ocean water varies from place to place. For example, near the mouth of a river, ocean water may be less salty. That’s because river water contains less salt than ocean water. Where the ocean is warm, the water may be more salty. Can you explain why? (Hint: More water evaporates when the water is warm.)

Seawater has lots of salts in it. This increases its density (mass per volume) over fresh water. Temperature and pressure also affect density.

Differences in water density are responsible for deep ocean currents, as will be discussed in the concept "Deep Ocean Currents."