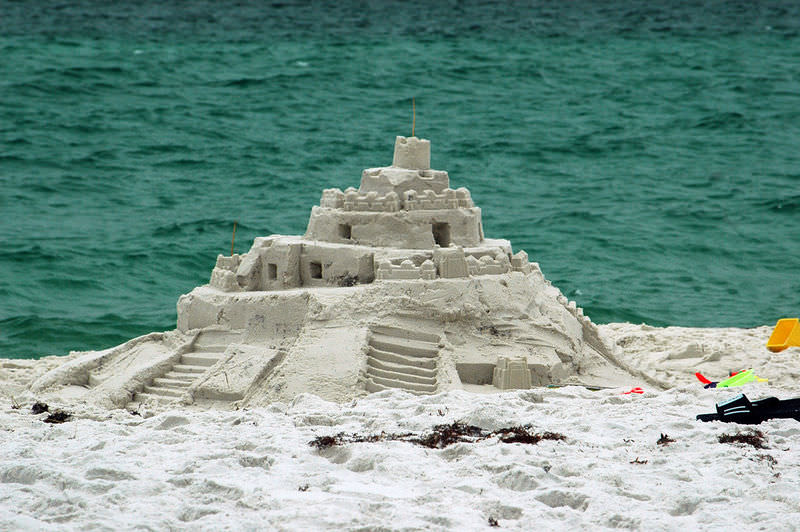 Did you ever build a sandcastle?

A sandcastle lasts only until the next tide comes in. To build a sand castle the sand must be moist enough for the grains to stick together. So it has to be near the water. But that puts the castle in position to be buried by the next high tide. Oh well. You can build another one when the tide goes back out!

Tides are daily changes in the level of ocean water. They occur all around the globe. High tides occur when the water reaches its highest level in a day. Low tides occur when the water reaches its lowest level in a day. Tides keep cycling from high to low and back again. In most places the water level rises and falls twice a day. So there are two high tides and two low tides approximately every 24 hours.

Below, you can see the difference between high and low tides (Figure below). This is called the tidal range.

Where is the intertidal zone in this picture?

The figure below shows why tides occur (Figure below). The main cause of tides is the pull of the Moon’s gravity on Earth. The pull is greatest on whatever is closest to the Moon. Although the gravity pulls the land, only the water can move. As a result: 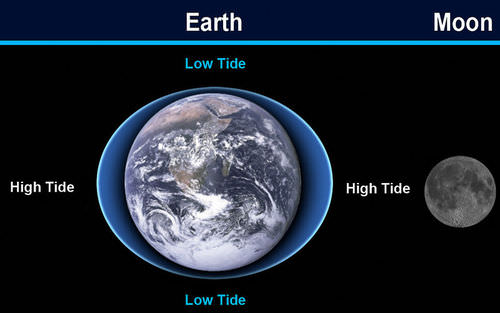 High and low tides are due mainly to the pull of the Moon’s gravity.

The figure below shows where the Moon is relative to the Sun at different times during the month (Figure below). The positions of the Moon and Sun relative to each other affects the tides. This creates spring tides or neap tides. 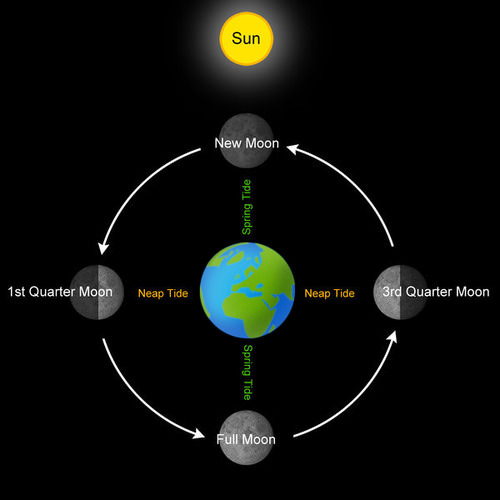 The Sun and Moon both affect Earth’s tides.