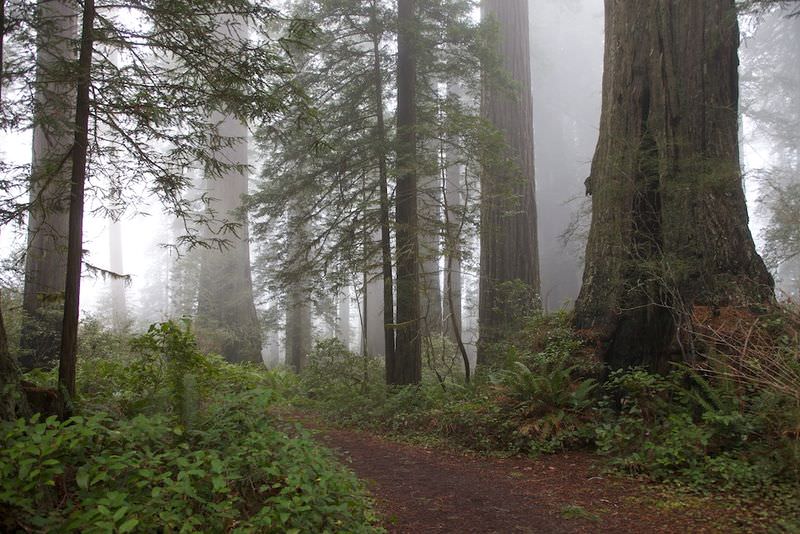 Large ocean currents can have a big impact on climate, especially of nearby coasts. The Equator and the poles have very different climates today. But these regions would be much more different without ocean surface currents. These currents move heat around the globe. The best known of these is the Gulf Stream, which warms parts of Europe. But other currents also alter near-shore climates. Like the Gulf Stream, the Kushiro Current warms Japan. Cooler currents that move from the polar regions to the Equator also alter climate.

The Gulf Stream carries warm water from near the Equator up the eastern coast of North America. Look at the map below (Figure below); it shows how the Gulf Stream warms both the water and land along the coast. 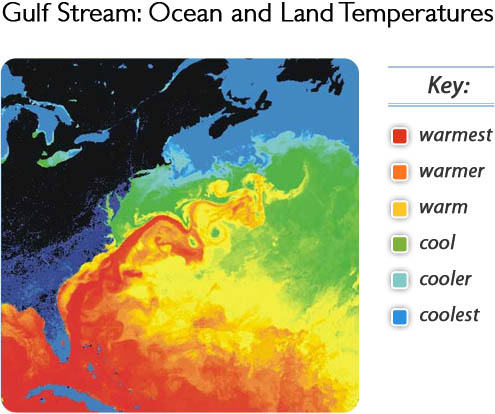 In this satellite photo, different colors indicate the temperatures of water and land. The warm Gulf Stream can be seen snaking up eastern North America.

The warm water then flows across the Atlantic Ocean to Europe. The Gulf Stream's warm waters raise temperatures in the North Sea. The warmer ocean temperatures raise the air temperatures over land. The difference is between 3 to 6°C (5 to 11°F). London, U.K., for example, is about six degrees farther south than Quebec, Canada. However, London’s average January temperature is nearly 16°C (28°F) warmer. London also gets a lot of rain (Figure below). Air traveling over the warm Gulf Stream water picks up moisture. Quebec is much drier but much snowier (Figure below).