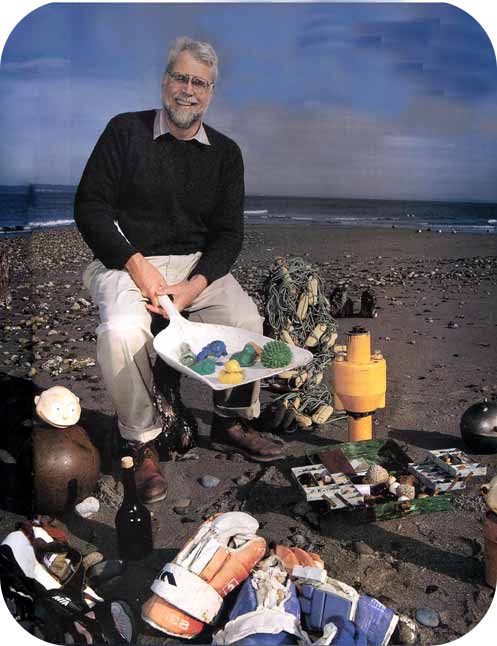 When is trash in the oceans good?

Well, not good exactly, but useful. In 1992, a ship lost 28,000 plastic bath toys in the North Pacific. Oceanographers sent out word and people alerted them when they found the toys on beaches. The oceanographers used these findings to map ocean currents.

The oceans are vast. You might think they are too big to be harmed by pollution, but that’s not the case. Ocean water is becoming seriously polluted. This pollution affects the coasts. It even affects the seas far from shore.

The oceans are most polluted along coasts. Why do you think that's the case? Of course, it's because most pollution enters the oceans from the land. Runoff and rivers carry the majority of pollution into the ocean. Many cities dump their wastewater, water mixed with waste, directly into coastal waters. In some parts of the world, raw sewage and trash may be thrown into the water (Figure below). Coastal water may become so polluted that people get sick if they swim in it or eat seafood from it. The polluted water may also kill fish and other ocean life.

This coastal ocean water is full of trash and sewage.

Much of the trash in the oceans is plastic. Many types of plastic do not degrade. Some break down into plastic molecules, but these can also be pollutants. Plastic shopping bags are extremely abundant in the oceans. Since water runs from land into the sea, chemicals can end up in the sea. Pesticides, herbicides, and fertilizers are among the chemicals.

Most of the trash that is in the oceans comes from the land. About 20% comes from ships. Trash is thrown overboard by many vessels. Fishing boats throw over lines and nets.

While recognizable pieces of garbage are visible, much of the trash is tiny plastic molecules. The molecules are invisible to the naken eye but can be seen in water samples. Plastic confetti-like pieces are also found in the gyre.

The size of the garbage patch is unknown, since it can’t be seen from above. Some people estimate that it’s twice the size of continental U.S, with a mass of 100 million tons.

Animals can be harmed or killed by trash in the oceans. Seabirds and mammals may sometimes accidentally eat plastic bags. This may kill the animals. Fishing nets can entangle fish and other animals so that they cannot escape. Plastic molecules are ingested by organisms. Some that filter water for nutrients may take in a lot of plastic molecules. They may eventually die. Larger fish or humans eat them and may take in the plastics too. Some of the plastics may absorb harmful chemicals.

Plastic bags in the ocean can be mistaken for food by an unsuspecting marine predator.

Everyone can help to keep trash from entering the ocean. Reduce your use of plastics, especially plastic bags. Dispose of trash and chemicals properly. Be sure that coastal communities dispose of trash safely. If you're on a ship, do not dump trash overboard. Be sure that ships obey laws that protect the seas.