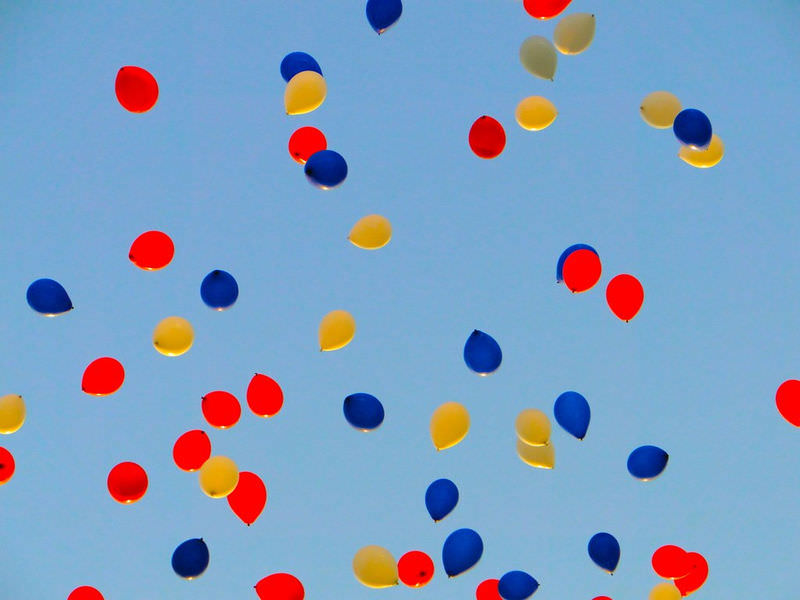 How could these balloons kill a sea turtle?

Balloons flying off into the sky symbolize freedom and happiness. Eventually those balloons pop and the plastic falls to the surface. Much of this plastic will end up in the sea where it may be accidentally ingested by a marine organism — with dire results.

Trash from land may end up as trash in the ocean, sometimes extremely far from land. Some of it will eventually wash ashore, possibly far from where it originated (Figure below). 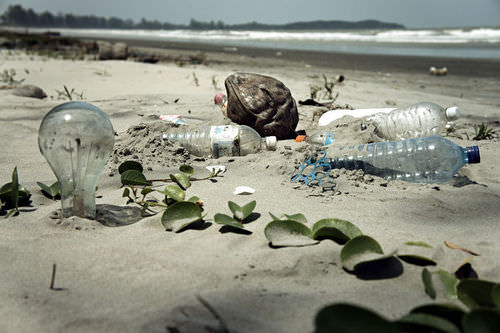 Trash has washed up on this beach.

Although people had once thought that the trash found everywhere at sea was from ships, it turns out that 80% is from land. Some of that is from runoff, some is blown from nearshore landfills, and some is dumped directly into the sea.

The 20% that comes from ships at sea includes trash thrown overboard by large cruise ships and many other vessels. It also includes lines and nets from fishing vessels. Ghost nets, nets abandoned by fishers intentionally or not, float the seas and entangle animals so that they cannot escape. Containers sometimes go overboard in storms. Some noteworthy events, like a container of rubber ducks that entered the sea in 1992, are used to better understand ocean currents. The ducks went everywhere!

About 80% of the trash that ends up in the oceans is plastic. This is because a large amount of the trash produced since World War II is plastic. Also many types of plastic do not biodegrade, so they simply accumulate. While many types of plastic photodegrade — that is, they break up in sunlight — this process works only when the plastics are dry. Plastic trash in the water does break down into smaller pieces, eventually becoming molecule-sized polymers. Other trash in the oceans includes chemical sludge and materials that do biodegrade, like wood.

Some plastics contain toxic chemicals, such as bisphenol A. Plastics can also absorb organic pollutants that may be floating in the water, such as the pesticide DDT (which is banned in the U.S. but not in other nations) and some endocrine disruptors.

Marine birds, such as albatross, and other animals, like sea turtles, live most of their lives at sea and come ashore just to mate. These organisms can’t break down the plastic, and they may eventually die (Figure below). Boats may be affected. Plastic waste is estimated to kill 100,000 sea turtles and marine mammals annually, but exact numbers are unknown. 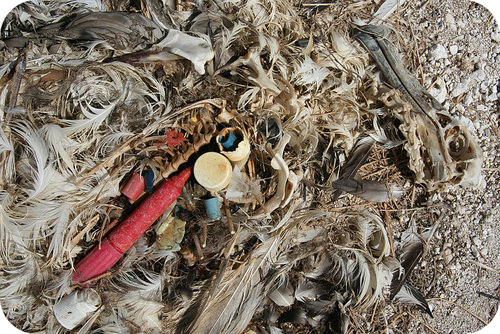 This albatross likely died from the plastic it had ingested.

Plastic shopping bags are extremely abundant in the oceans. If an organism accidentally ingests one, it may clog digestion and cause starvation by stopping food from moving through or making the animal not feel hungry.

While recognizable pieces of garbage are visible, much of the trash is tiny plastic polymers that are invisible but can be detected in water samples. The particles are at or just below the surface within the gyre. Plastic confetti-like pieces are visible beneath the surface at the gyre’s center. 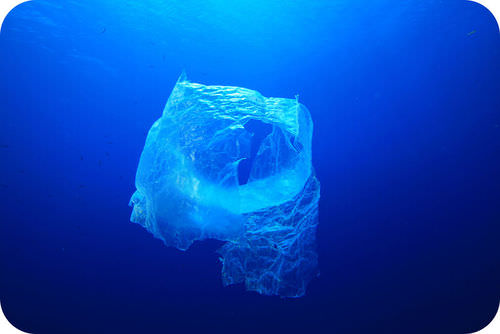 Plastic bags in the ocean can be mistaken for food by an unsuspecting marine predator.

The size of the garbage patch is unknown, since it can’t be seen from above. Some people estimate that it’s twice the size of continental U.S, with a mass of 100 million tons.

In some areas, plastics have seven times the concentration of zooplankton. This means that filter feeders are ingesting a lot of plastics. This may kill the organisms, or the plastics may remain in their bodies. They are then eaten by larger organisms that store the plastics and may eventually die. Fish may eat organisms that have eaten plastic and then be eaten by people. This also exposes humans to toxic chemicals that the fish may have ingested with the plastic.

There are similar patches of trash in the gyres of the North Atlantic and Indian oceans. The Southern Hemisphere has less trash buildup because less of the region is continent.