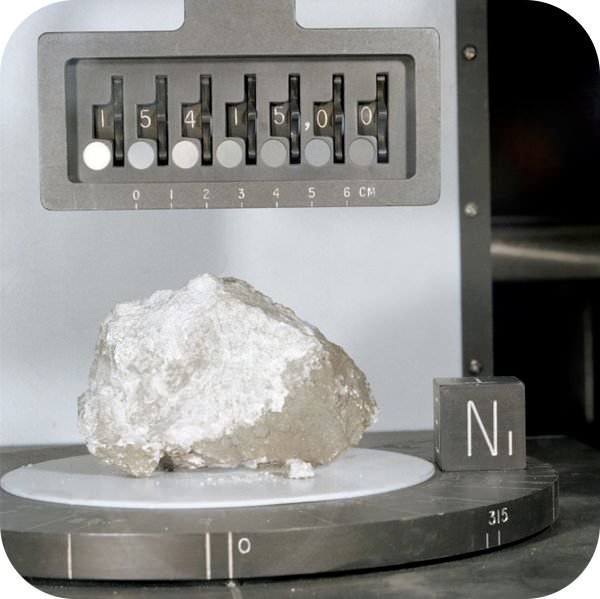 Why is this called the Genesis Rock?

The Genesis Rock was brought from the Moon to Earth by Apollo 15 astronauts. The rock is only 100 million years younger than the solar system and comes from the Moon's original crust.

How the Moon Formed

One of the most unique features of planet Earth is its large Moon. Unlike the only other natural satellites orbiting an inner planet, those of Mars, the Moon is not a captured asteroid. Understanding the Moon’s birth and early history reveals a great deal about Earth’s early days.

Features of the Moon

To determine how the Moon formed, scientists had to account for several lines of evidence:

Can you devise a “birth story” for the Moon that takes all of these bits of data into account?

Astronomers have carried out computer simulations that are consistent with these facts and have detailed a birth story for the Moon. A little more than 4.5 billion years ago, roughly 70 million years after Earth formed, planetary bodies were being pummeled by asteroids and planetoids of all kinds. Earth was struck by a Mars-sized asteroid (Figure below). 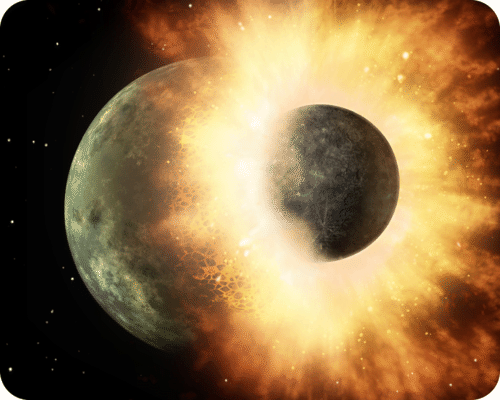 An artist’s depiction of the impact that produced the Moon.

The tremendous energy from the impact melted both bodies. The molten material mixed up. The dense metals remained on Earth, but some of the molten, rocky material was flung into an orbit around Earth. It eventually accreted into a single body, the Moon. Since both planetary bodies were molten, material could differentiate out of the magma ocean into core, mantle, and crust as they cooled. Earth’s fast spin is from energy imparted to it by the impact.

Lunar rocks reveal an enormous amount about Earth’s early days. The Genesis Rock, with a date of 4.5 billion years, is only about 100 million years younger than the solar system (see opening image). The rock is a piece of the Moon’s anorthosite crust, which was the original crust. Why do you think Moon rocks contain information that is not available from Earth’s own materials?

Can you find how all of the evidence presented in the bullet points above is present in the Moon’s birth story?