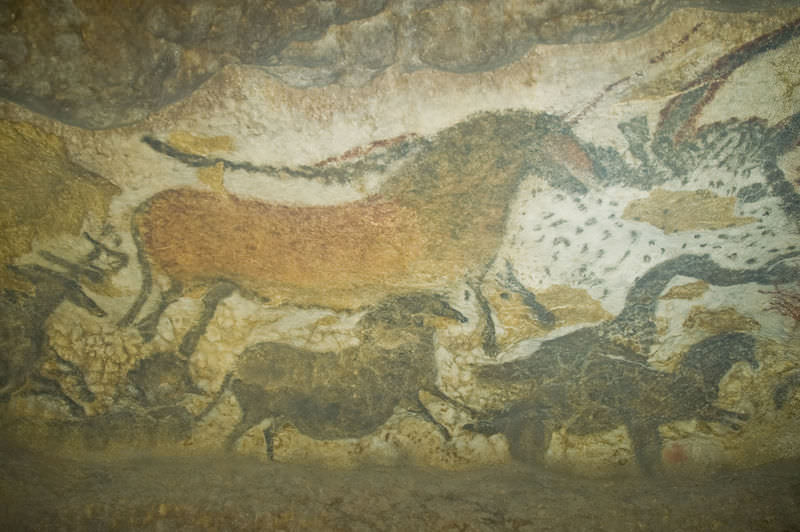 How does the Cenozoic end?

We don't know how the Cenozoic ends. We're still in it! The Cenozoic has been going on for 65 million years. Toward the very end of this time, humans evolved. We are now witness to the geology of the Cenozoic. What came earlier in this era looks a lot like what is going on now.

The Cenozoic began around 65.5 million years ago. We say that it begins after the Cretaceous extinction. We are still in the Cenozoic today. The Cenozoic accounts for only about 1.5% of Earth’s total history. But since it's the the most recent era, it is the one we know the most about. Much of what has been discussed elsewhere in this text describes the geology of the Cenozoic. A few highlights are mentioned here.

The plate tectonics of the Cenozoic are still going on today. Early in the Cenozoic, blocks of crust uplifted to form the Rocky Mountains. Subduction off of the Pacific Northwest formed the Cascades volcanic arc. Crust is being pulled apart to form the Basin and Range province that centers on Nevada.

Evolution of the San Andreas Fault 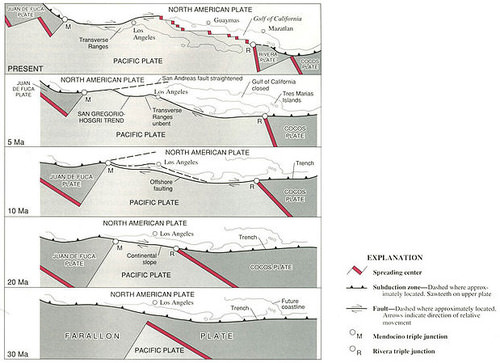 This figure shows the evolution of the San Andreas Fault zone from 30 million years ago (bottom) to present (top).

Most Cenozoic plate tectonic activity involves continents moving apart. But smaller regions are coming together. Africa collided with Eurasia to create the Alps. India crashed into Asia to form the Himalayas.

The Pleistocene ice ages began 2.6 million years ago. Glaciers advanced and retreated four times (Figure below). During the retreats, the climate was often warmer than it is today.

Glacial ice at its maximum during the Pleistocene.

These continental ice sheets were extremely thick, like the Antarctic ice cap is today. The Pleistocene ice ages guided the evolution of life in the Cenozoic, including the evolution of humans.