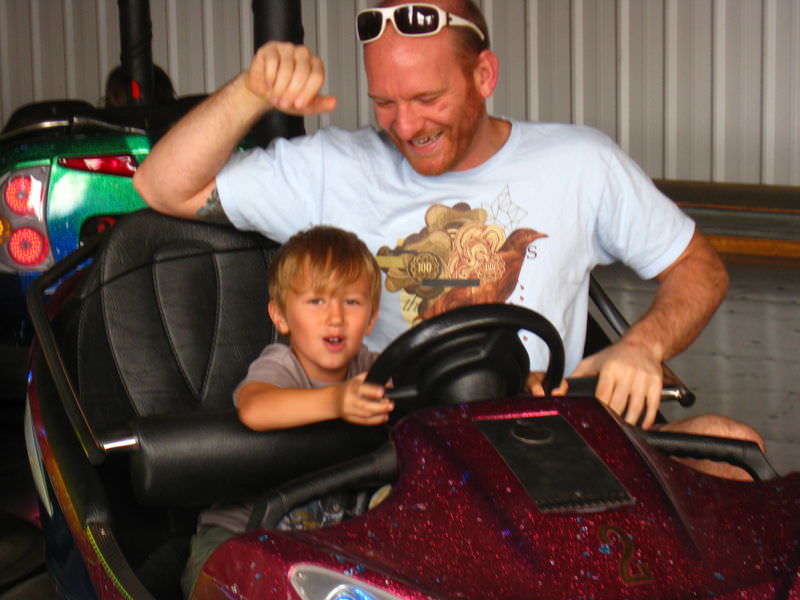 Where is the energy coming from to power this bumper car?

Bumper cars usually run on electricity. Much of the electricity we use comes from fossil fuels. Coal or other fuels are burned in a power plant. This powers a generator and creates electricity. So the car is probably running on fossil fuels!

Fossil fuels are made from plants and animals that lived hundreds of millions of years ago. The plants used energy from the Sun to form energy-rich carbon compounds. As the plants and animals died, their remains settled onto the ground and at the bottom of the sea. Layer upon layer of organic material was laid down. Eventually, the layers were buried very deeply. They experienced intense heat and pressure. Over millions of years, the organic material turned into fossil fuels.

Fossil fuels are compounds of carbon and hydrogen, called hydrocarbons (Figure below). 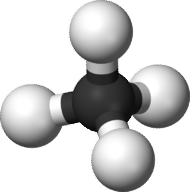 Hydrocarbons can be solid, liquid, or gas. Coal is an example of a solid form. Petroleum, or crude oil, is a liquid hydrocarbon. Natural gas is a gaseous hydrocarbon.

The solar energy stored in fossil fuels is a rich source of energy. But because they take so long to form, they are nonrenewable. Fossil fuels also release a lot of greenhouse gases when they're burned.