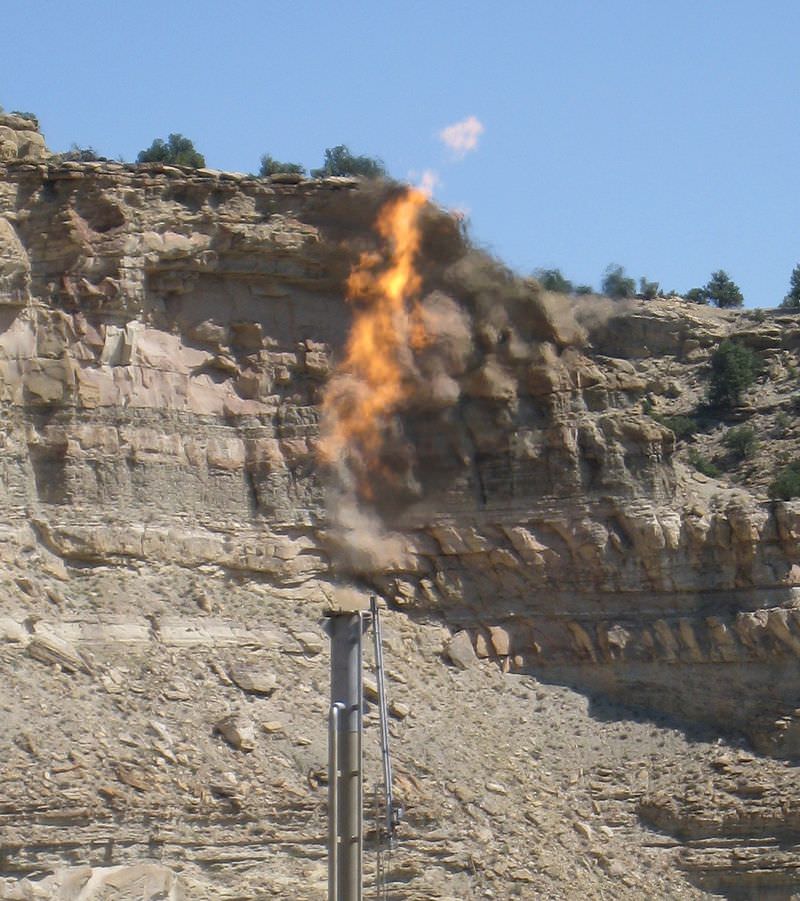 Why would oil drillers burn off fuel?

Natural gas is often found with petroleum. It is sometimes burned off by companies that are interested only in the petroleum. Burning natural gas off like this is wasting energy. These days, natural gas is becoming more popular as a fuel.

Natural gas is mostly methane. Natural gas is usually found with petroleum. People prefer to burn natural gas when possible because it is relatively clean.

The largest natural gas reserves in the United States are located in the Rocky Mountain states, Texas, and the Gulf of Mexico region. California also has natural gas, mostly in the northern Sacramento Valley and the Sacramento Delta.

Natural gas must be processed before it can be used as a fuel. Poisonous chemicals and water must be removed.

Most natural gas comes from the wells that produce petroleum. An increasing amount comes from a new method. Hydraulic fracturing, called fracking, is very much in the news lately. Fracking makes it easier and quicker to get natural gas from the rock (Figure below). 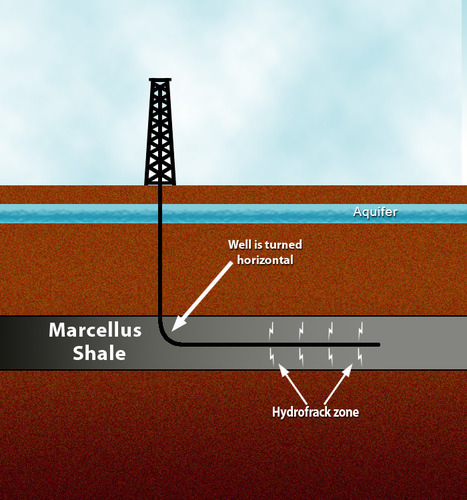 Fracking delivers natural gas from rock that might not otherwise be obtainable.

With fracking, fluids are pumped through a borehole. The fluids create fractures in the rock that contains the natural gas. Chemicals in the fluid prevent the fractures from closing. The natural gas can then be pumped to the surface.

Consequences of Natural Gas Extraction and Use

Fracking is being found to be destructive in several ways. Some of the chemicals in the fracking fluids may be harmful. Some may cause cancer. Some may be endocrine disruptors. Endocrine disruptors interrupt the natural hormones in the bodies of humans and animals. These fluids can get into the groundwater. They may runoff into streams and other surface waters. There they can cause problems.

The liquid waste injected into the deep wells may cause earthquakes. Locations where seismic activity is unknown have begun to experience earthquakes. Is fracking related to earthquake activity? Many geologists think the link is undeniable.