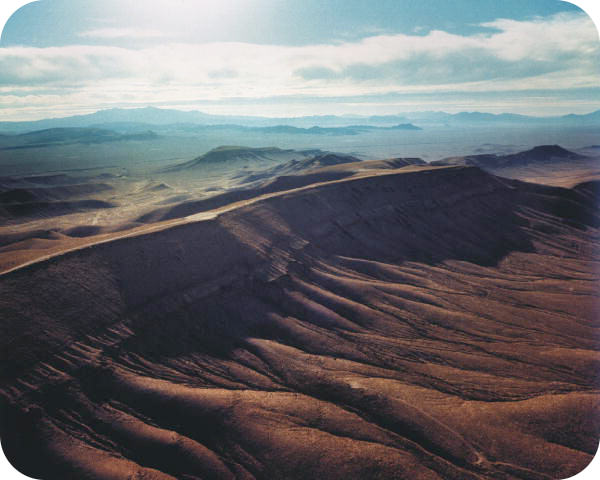 Where could long-term nuclear waste go?

That's a very good question. For years, a waste facility was in development in Nevada. The site at Yucca Mountain was canceled due to public outcry. Now there is no facility for storing long-term nuclear waste from most sources. No facilities are currently being developed either.

Nuclear energy is produced by splitting the nucleus of an atom. This releases a huge amount of energy.

Nuclear power plants use uranium that has been concentrated in fuel rods (Figure below). The uranium atoms are split apart when they are hit by other extremely tiny particles. These particles must be controlled or they would cause a dangerous explosion.

Nuclear power plants like this one provide France with almost 80% of its electricity.

Nuclear power plants use the energy they produce to heat water. The water turns into steam, which causes a turbine to spin. This, in turn, produces electricity.

Nuclear Power as a Resource

Nuclear energy does not pollute. If there are no accidents, a nuclear power plant releases nothing but steam into the air. But nuclear energy does create other environmental problems. Splitting atoms creates dangerous radioactive waste. These wastes can remain dangerous for hundreds of thousands of years. Scientists and engineers are still looking for ways to keep this waste safely away from people.

Nuclear power is clean. It does not pollute the air. However, the use of nuclear energy does create other environmental problems. Uranium must be mined (Figure below). The process of splitting atoms creates radioactive waste. This waste may be dangerous for thousands or hundreds of thousands of years. As yet, there is no long-term solution for storing the radioactive waste.

Uranium mine in the Czech Republic.

For three decades new nuclear power plants were not built in the U.S. Accidents at Three Mile Island and Chernobyl, Ukraine made people nervous about harnessing nuclear power (Figure below).

Abandoned bunker near the site of the Chernobyl disaster.

Because nuclear energy is relatively clean, nuclear power made a comeback recently. But the 2011 disaster at the Fukushima Daiichi Nuclear Power Plant in Japan changed attitudes again. This accident seems to have resulted in a new fear of nuclear power. The disaster was caused by a 9.0 magnitude earthquake and tsunami. These events seriously damaged the plant.

Nuclear power is a controversial subject. Generating nuclear power does not release pollutants, but mining uranium and storing radioactive wastes damage the environment. Also, accidents do happen, and they can be devastating. The long-term disposal of wastes is a problem that has not yet been solved. The future of nuclear power is murky.