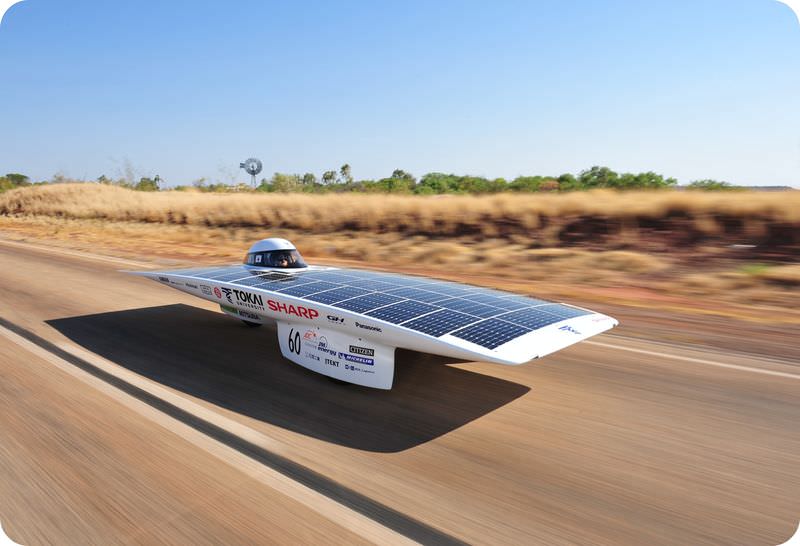 Why don't we get our energy straight from the source?

The Sun produces far more energy than humans can use. The Sun is also the origin of most of the energy we use. Fossil fuels and wind energy, for example, originate with the Sun. So why don't we get all our energy from the Sun?

Solar energy is clean and renewable. Solar panels are needed to collect the sunlight for use.

Solar energy is clean and renewable. Earth receives many times more solar energy than humans could ever imagine using.

Energy from the Sun

The Sun is Earth’s main source of energy. The Sun gives us both light and heat. The Sun changes hydrogen into helium through nuclear fusion. This releases huge amounts of energy. The energy travels to Earth mostly as visible light. The energy is carried through the empty space by radiation. We can use sunlight as an energy resource, called solar energy.

Solar Energy as a Resource

Solar energy has been used on a small scale for hundreds of years. Today we are using solar energy for more of our power demands. Solar power plants are being built in many locations around the world. In the United States, the southwestern deserts are well suited for solar plants.

Sunlight is turned into electricity at a solar power plant. A large group of mirrors focuses sunlight on one place. This place is called a receiver (Figure below). At the receiver, a liquid such as oil or water is heated to a high temperature. The liquid transfers its heat by conduction. In conduction, energy moves between two objects that are in contact. The warmer object transfers heat to the cooler object. At a solar power plant, the energy conducted by the heated liquid is used to make electricity. There are other methods that convert sunlight into electricity, as well.

A solar power tower is used to concentrate the solar energy collected by many solar panels.

Solar energy is used to heat homes and water and to make electricity. Scientists and engineers have many ways to get energy from the Sun (Figure above). One is by using solar cells. Solar cells are devices that turn sunlight directly into electricity. Lots of solar cells make up an individual solar panel. You may have seen solar panels on roof tops. The Sun’s heat can also be trapped in your home by using south facing windows and good insulation.

Consequences of Solar Energy Use

Solar energy has many benefits. It does not produce any pollution, and there is plenty of it available—much more than we could possibly use.

But solar energy has problems. The Sun doesn't shine at night. A special battery is needed to store extra energy during the day for use at night. The technology for most uses of solar energy is still expensive. Until solar technology becomes more affordable, most people will prefer to get their energy from other sources.