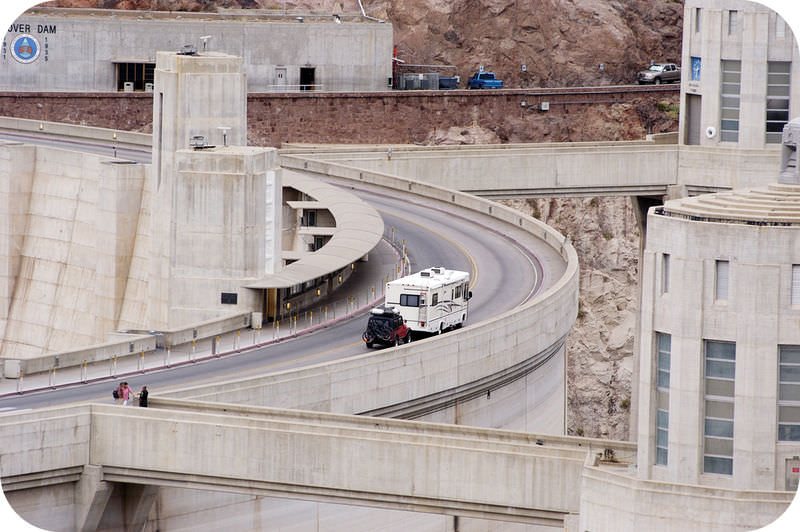 What do dams do?

If you take a trip out of Las Vegas toward Phoenix, you can visit the Hoover Dam. Completed in 1935, the dam provides power to over a million homes. It also stores water for use by the residents of the desert southwest. Hoover Dam is one of the engineering marvels of the 20th century. 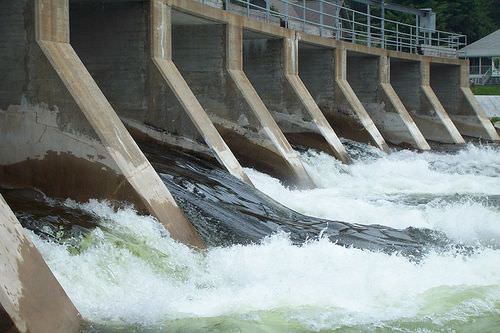 Water flowing through a dam.

Moving water has energy (Figure above). That energy is used to make electricity. Hydroelectric power, or hydropower, harnesses the energy of water moving down a stream. Hydropower is the most widely used form of renewable energy in the world. This abundant energy source provides almost one fifth of the world’s electricity. The energy of waves and tides can also be used to produce water power. At this time, wave and tidal power are rare.

To harness water power, a stream must be dammed. Narrow valleys are the best for dams. While sitting in the reservoir behind the dam, the water has potential energy. Water is allowed to flow downhill into a large turbine. While flowing downhill, the water has kinetic energy. Kinetic energy makes the turbine spin. The turbine is connected to a generator, which makes electricity.

Hydropower as a Resource

Benefits and Problems of Hydropower

Water power does not burn a fuel. So it causes less pollution than many other kinds of energy. Water power is also a renewable resource. Water keeps flowing downhill. Although we use some of the energy from this movement, we are not using up the water. 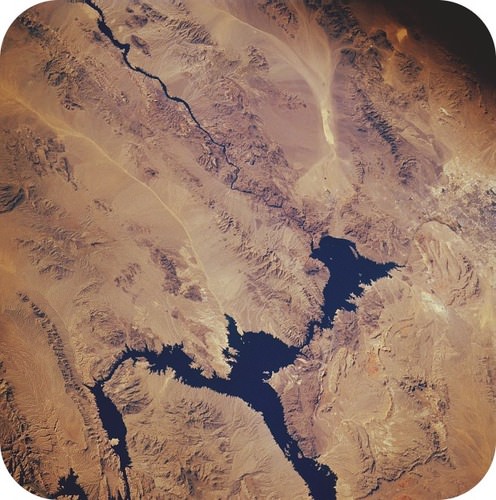 The Colorado River backs up behind Hoover Dam. See the river coming in at the top of the photo.

Water power does have problems. A large dam stops a stream's flow, which floods the land upstream (Figure above). A beautiful location may be lost. People may be displaced. Ecosystems may be disrupted. The dams and turbines also change the downstream environment. Fish and other living things may not be able to survive. Dams slow the release of silt. Downstream deltas retreat and beaches may be starved of sand. Seaside cities may become exposed to storms and rising sea levels.

Tidal power stations may need to close off a narrow bay or estuary. Wave power plants must withstand coastal storms and the corrosion of seawater.