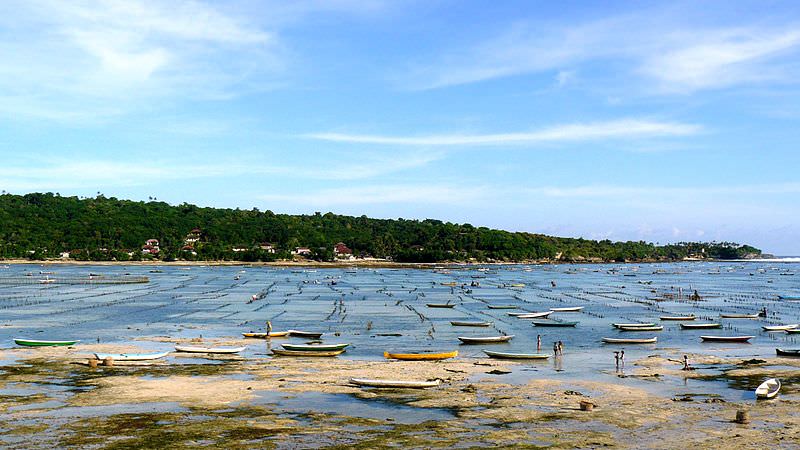 Algae is sometimes overlooked as a source of fuel. But algae are a potentially wonderful source of power. They convert energy from the Sun into food via photosynthesis. Algae can be grown in desert areas where other crops cannot grow. Nutrients for algae may be wastes from other processes. Algae can be processed to be made into a liquid. There is a lot of research going on to harness algae for biofuels.

Biomass is the material that comes from plants and animals that were recently living. Biomass can be burned directly. This happens when you burn a log in your fireplace. For as long as humans have had fire, people have used biomass for heating and cooking.

To generate biomass energy, break down the cell walls of plants. This releases the sugars. The sugars are then fermented to create fuel.

More recently, people have learned to process biomass to make fuel. This is called biofuel. Biofuel is created from crops, such as corn or algae. Biofuel is unique among renewable energy sources. This is because it is liquid. Unlike solar energy, for example, biofuels can be used in a car (Figure below). Biofuels burn more cleanly than fossil fuels. They create less pollution and less carbon dioxide. Biofuels, such as ethanol, are added to gasoline. This cuts down the amount of fossil fuels that are used.

Any organic material can be made into electricity. But some materials are better than others. Wastes can be used, like almond shells. Biomass power is a great use of wastes. It's hard to use wastes as a consistent large scale source of energy though.

Cow manure can have a second life as a source of methane gas, which can be converted to electricity. Food scraps can also be converted into green energy.

Consequences of Biomass Use

Some crops do not make good biofuels. Crops need energy, fertilizer, and land to grow. Sometimes the amount of resources that go into producing the crop is too high. The crop may produce less energy than it consumes. Corn is a very inefficient source of biofuels. Also, the fertilizers and pesticides used to grow the crops enter the environment. These pollutants become runoff and end up in nearby bodies of water and eventually the oceans. Scientists are looking for much better sources of biomass energy.

Research is being done into alternative crops for biofuels. A very promising alternative is algae. Algae appears to be a better biofuel than corn. Algae is much easier to convert to a usable fuel. Growing algae requires much less land and energy than crops. Algae can be grown in locations that are not used for other things. For example, they can be grown in desert areas where food crops are not often grown. Corn must be grown in fertile areas and requires a lot of water. This can reduce the land and water available for growing food. Algae can be fed agricultural and other waste, so valuable resources are not used. Much research is being done to bring these alternative fuels to market.