This lesson will help you learn and practice Light and Shadow. In Get the Basics, you'll get explanations and photos to build understanding. In Explore, you'll find additional online resources to learn more. It's important to review and learn from these resources also! You'll have opportunities to practice in Build Your Skills. Finally, answer the questions in Record Your Findings at the end of this topic. Be sure to include information you learned from the Explore resources.

So far, you've learned how important light and shadows are to photos. Sometimes, however, mixing light and shadow can create too much variation between the two. The result can be a problem. In this example of a child inside a window with sunlight coming through the blinds, the shadows and bright stripes of sunlight make it difficult to see the child. Also, notice that the stripes of sunlight on the child's face are blown out. 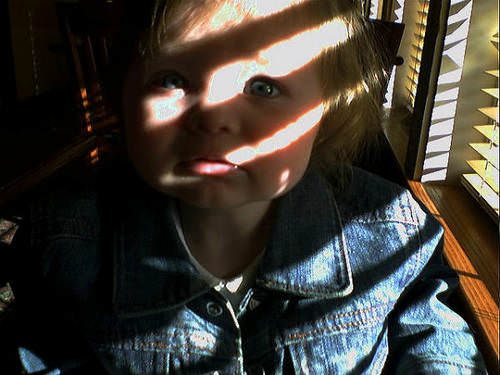 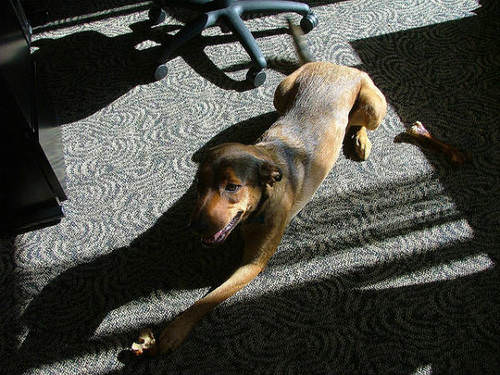 1. The rippling of the water creates an interesting shadow design on the stones and leaf. 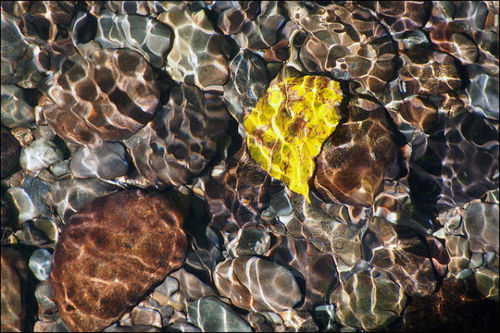 2. An off-photo bird casts a frightening shadow behind the running figure. 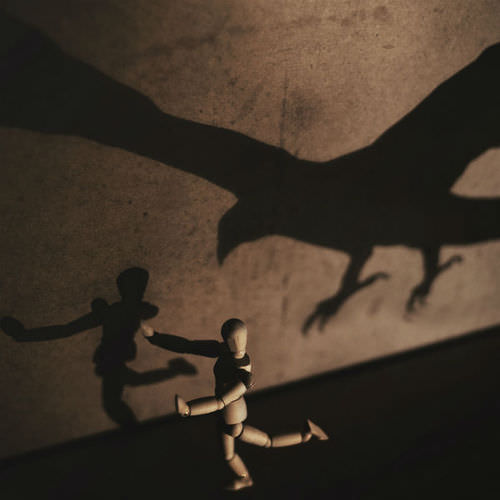 Learn more about how light and shadow interactions can create interesting photos at Eight Great Ways to Include Shadows In Your Pictures from DIY Photography:
http://www.diyphotography.net/eight-great-ways-to-include-shadows-in-your-pictures/

Great Examples of the Use of Light and Shadow:
www.freephotoresources.com/great-examples-of-the-use-of-light-and-shadow/

To build your light and shadow skills, you're going to shoot two sets of four or more photos. In the first set, shoot examples of subjects with light and shadows interacting to create too much variation between the two. In the second set, try to shoot photos in which the shadows become the subjects.

Review your light and shadow photos. Select two photos from each set. Share your photos with your teacher, and be prepared to discuss how they show what you’ve learned. Download your photos to a computer to keep them for the portfolio you’ll create in the end-of-course final project.