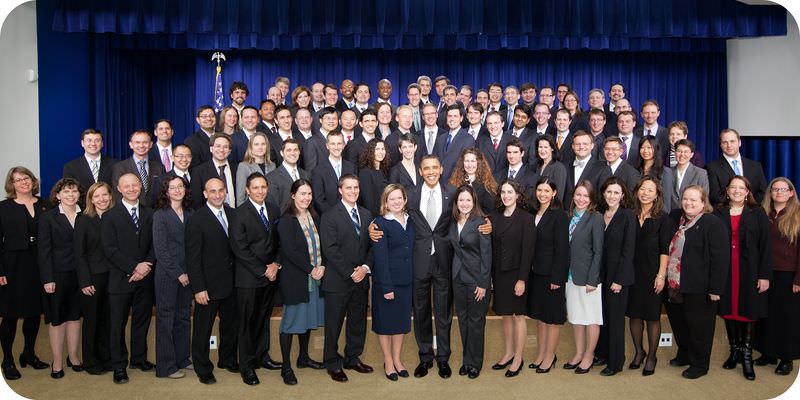 Can only a genius be a scientist?

Of course not! Scientists come from all backgrounds. They have many interests and talents. Scientists have many different reasons for pursuing science. Most scientists are intelligent, creative, and logical people. They are open to new ideas but require evidence to accept them. Women and racial minorities are becoming scientists more than ever before. Diversity brings in more ideas and more ways of solving problems. This makes science stronger.

Scientific research is expensive. So the scientific community controls the type of research that is done. They do this by allotting money. Scientists must write a proposal to an agency or private organization. Two examples are the National Science Foundation and the National Aeronautics and Space Administration (NASA). The scientists outline their project and list what they need in equipment, supplies, and salaries. Scientific proposals are evaluated by other scientists in that field of science. In many fields, the funding rate is low. The money goes only to the most worthy research projects. Once the scientists get the money, they can do their research.

Scientists may work in colleges and universities. They may work in research institutions or government agencies. Businesses and industries hire scientists in a variety of fields. There are many opportunities for well-trained scientists.

Scientists may work together on a project. One reason is that they can share equipment and personnel. Another reason is that they can share ideas. Scientists may also work separately. Even then, they use each other's data and interpretations. When one scientist publishes a paper, others will replicate the work to make sure they get the same result. If they do, the work is valid. If they don't, someone needs to find the source of the problem. Scientists openly communicate with each other on their results. They also discuss and sometimes disagree on their interpretations. If scientists do disagree, they will look for evidence so that they may resolve the disagreement.

A hypothesis will not be fully accepted unless it is supported by the work of many scientists. Although a study may take place in a single laboratory, a scientist must present her work to the community of scientists in her field. 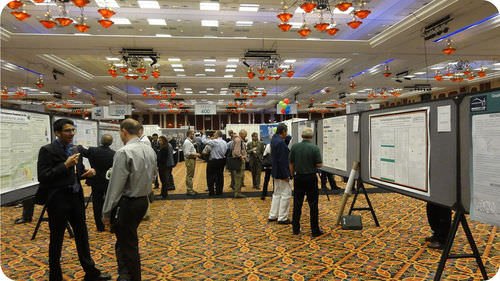 The scientist may present her data and conclusions at a scientific conference (Figure above). She will talk with many other scientists to see what they think of her work. Scientists will openly discuss and criticize the work. The scientist may need to gather more data to resolve the problems. Later, she will write a paper to be published in a scientific journal. Several scientists will review the paper. This process is called peer review. They will make sure the researcher used scientific method. They will make sure her interpretations follow logically from the data. The scientists may then recommend that she does further work. Or they may deny the paper for publication. Once the paper is published, other scientists will use her results in their own work.

Scientific ideas are advanced after many papers on a topic are published.

The Outcomes of a Scientific Study

Sometimes a study will support an idea. This may bring the idea closer to acceptance in the scientific community. Sometimes new methods or procedures may be developed for a study to be performed. This may assist other scientists with their investigations. Any of these things may lead to new investigations and new data.

The scientific community monitors scientific integrity. During their training, students learn how to conduct good scientific experiments. They learn not to fake, hide, or selectively report data. They learn how to fairly evaluate data. They learn how to interpret the work of other scientists. Scientists who do not have scientific integrity are strongly condemned by the scientific community. Sometimes scientists are hired by private companies to do studies. Often these scientists find what the company wants them to find. These studies should be evaluated very carefully before the results are used. However, often the studies are taken seriously by the media. It is important to know who funded the research to know how to evaluate the results of a study.

Nothing is perfect, and science isn't either. Still, considering all the scientific research that is done, there are few incidences of scientific dishonesty. When they do occur, they are often reported with great vehemence by the media. This may cause the public to mistrust scientists in ways that are unwarranted.

Use the resources to answer the questions that follow.