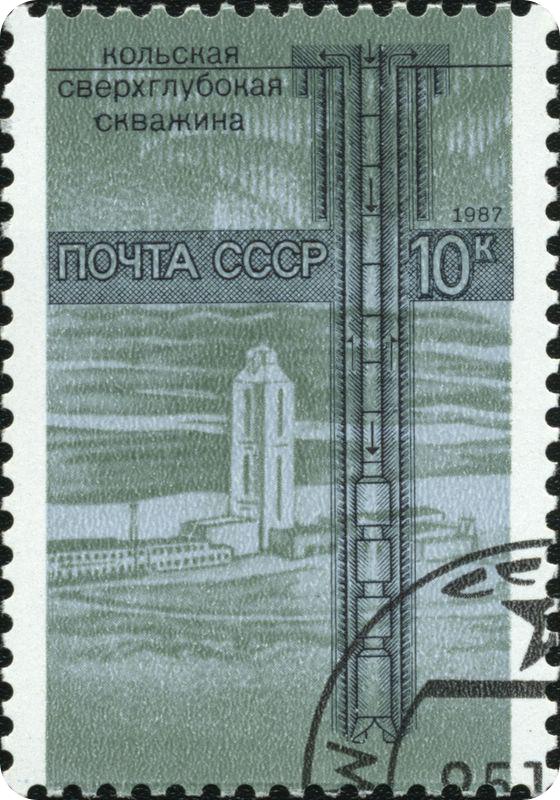 How deep can we go into Earth's interior?

Not very deep, that's for sure! The deepest a drill hole has gotten was the Kola Superdeep Borehole. That hole got to 40,230 feet (12,262 m), about one-third of the way into the crust in that area. So learning about what's deeper requires less direct methods. A few of these methods will be described in this concept.

Geologists study earthquake waves to “see” Earth's interior. Waves of energy radiate out from an earthquake’s focus. These waves are called seismic waves (Figure below). Seismic waves go different speeds through different materials. They change speed when they go from one type of material to another. This causes them to bend. Some seismic waves do not travel through liquids or gases. They just stop. Scientists use information from seismic waves to understand what makes up the Earth’s interior. 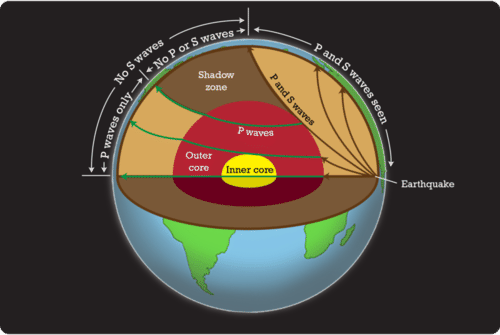 The properties of seismic waves allow scientists to understand the composition of Earth's interior.

Scientists study meteorites to learn about Earth’s interior. Meteorites formed in the early solar system. These objects represent early solar system materials (Figure below). Some meteorites are made of iron and nickel. They are thought to be very similar to Earth's core. An iron meteorite is the closest thing to a sample of the core that scientists can hold in their hands! 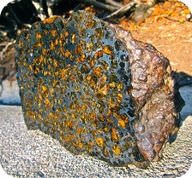 This meteorite contains the mafic minerals olivine and pyroxene. It also contains metal flakes, similar to the material that separated into Earth’s core (metal) and mantle (ultramafic rock).

Earth’s overall density is higher than the density of crustal rocks, so the core must be made of something dense, like metal.

Since Earth has a magnetic field, there must be metal within the planet. Iron and nickel are both magnetic.