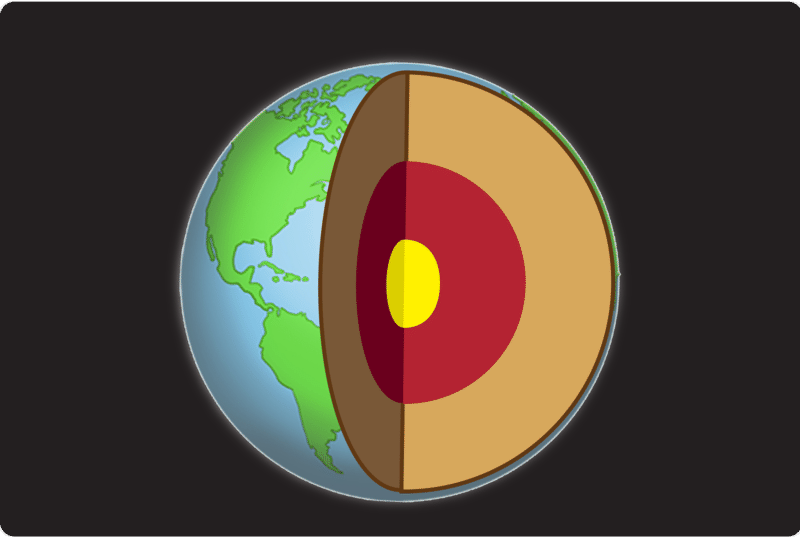 What's below our feet? What's way below?

If we could cut Earth open, we'd see the following layers from inside to outside: inner core, outer core, mantle, and crust. Alternatively, you can think of the brittle lithosphere riding on the plastic asthenosphere. Whew!

The layers scientists recognize are pictured below (Figure below). 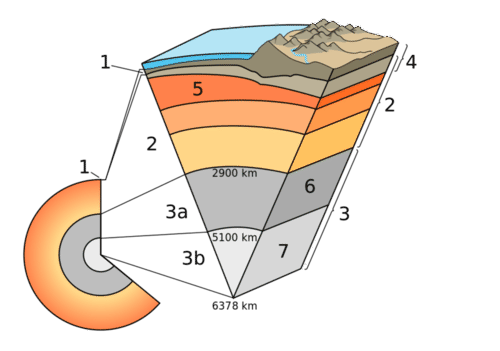 Core, mantle, and crust are divisions based on composition:

The terms core, mantle, and crust will be described in more detail in the next three concepts.

Lithosphere and asthenosphere are divisions based on mechanical properties: