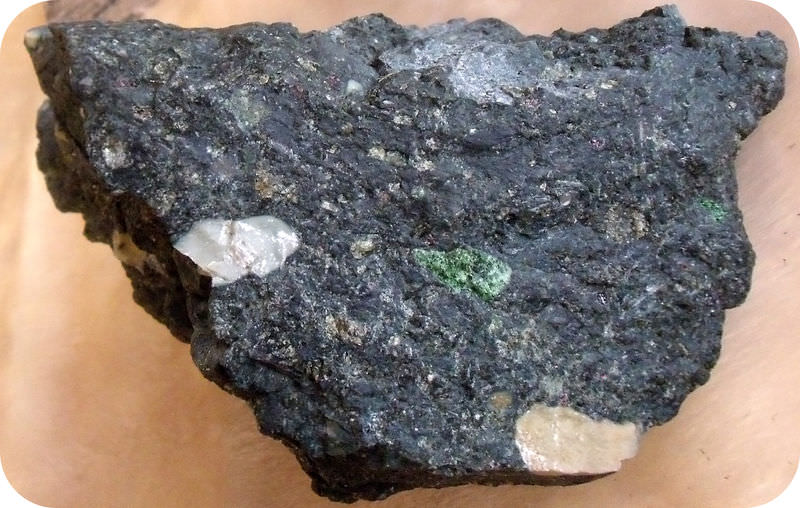 You can't go to the mantle, but small pieces of the mantle can come to you. Kimberlite forms deep in the mantle and can emerge in the crust during violent eruptions. Kimberlite can contain diamonds. Most kimberlite reached the surface much earlier in Earth's history.

Beneath the crust is the mantle. The mantle is made of hot, solid rock. Scientists know this because of seismic waves, meteorites, and the heat that comes from inside the planet. Mantle rock is mostly peridotite, which is rich in iron and magnesium (Figure below). Peridotite is rare at Earth's surface. 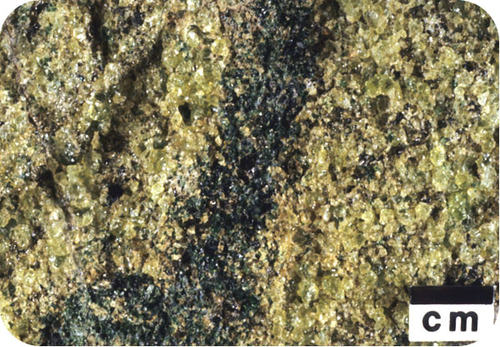 The rock of the mantle is mostly peridotite. Peridotite is formed of crystals of olivine (green) and pyroxene (black).

Through the process of conduction, thermal energy flows from warmer objects to cooler objects (Figure below). This transfer of energy is known as heat. The lower mantle is heated directly by conduction from the core. In conduction, energy is transferred as atoms collide. 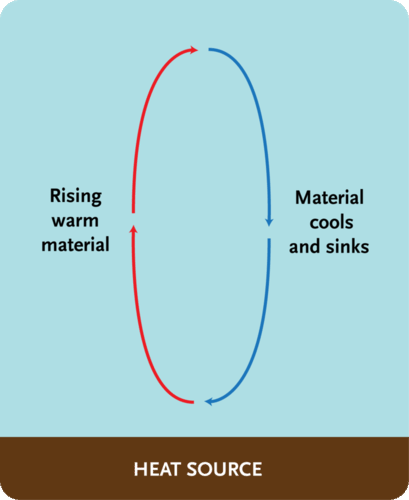 In the process of conduction, thermal energy flows from warmer objects to cooler objects.