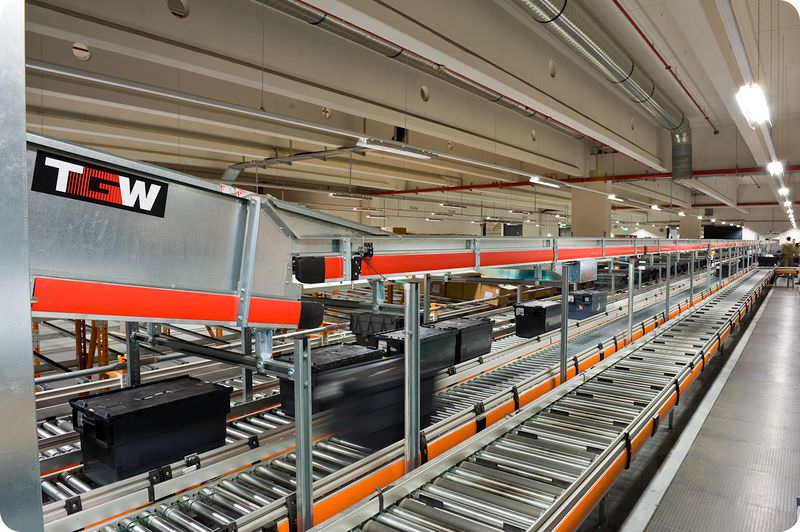 Dividing the lithosphere into plates is one thing. Having the plates move around on the planet is another! A conveyor belt is a good analogy for how a plate moves. How the plates move and where they move is the "tectonics" part of plate tectonics.

Scientists have determined the direction that each plate is moving (Figure below). Plates move around the Earth’s surface at a rate of a few centimeters a year. This is about the same rate that fingernails grow. 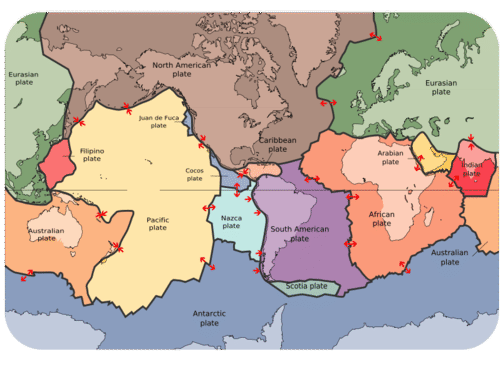 Earth's plates are shown in different colors. Arrows show the direction the plate is moving.

Convection within the Earth’s mantle causes the plates to move. Mantle material is heated above the core. The hot mantle rises up toward the surface (Figure below). As the mantle rises, it cools. At the surface, the material moves horizontally away from a mid-ocean ridge crest. The material continues to cool. It sinks back down into the mantle at a deep sea trench. The material sinks back down to the core. It moves horizontally again, completing a convection cell. 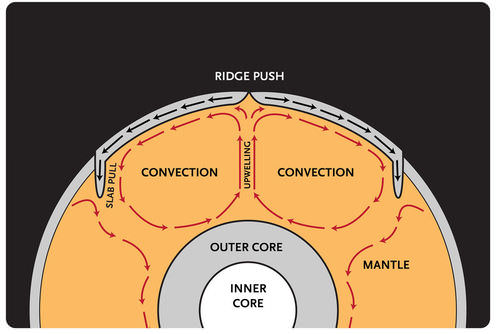 Plates move for two reasons. Upwelling mantle at the mid-ocean ridge pushes plates outward. Cold lithosphere sinking into the mantle at a subduction zone pulls the rest of the plate down with it.