What can we see in Western North America?

Many locations in western North America are being rifted apart. One such location is the Rio Grande Rift in Texas. At this location, hot mantle rises up beneath the crust to cause the divergence.

Western North America has all three of the different types of plate boundaries and the features that are seen at them. A divergent plate boundary runs through the Gulf of California in Mexico. The divergence is pulling Baja California and mainland Mexico apart. Just north of there, around the US-Mexico border, in California, there is a transform boundary. Plates on both sides of the plate boundary are sliding past each other. Still further north, in the Pacific Northwest, a subduction zone just offshore is part of a convergent plate boundary. 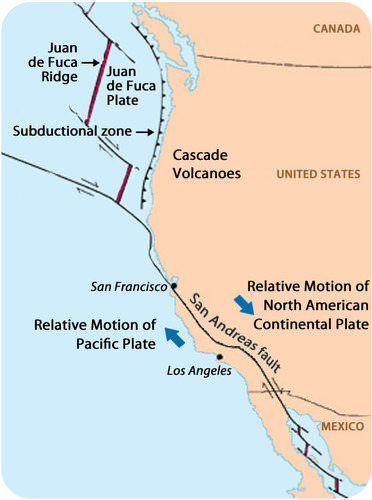 This map shows the three major plate boundaries in or near California.

In the Figure above a red bar where seafloor spreading is taking place. A long, black line is a transform fault and a black line with hatch marks is a trench where subduction is taking place. Notice how one type of plate boundary transitions into another.

When plate divergence occurs on land, the continental crust rifts, or splits. This effectively creates a new ocean basin as the pieces of the continent move apart.

In continental rifting, magma rises beneath the continent, causing it to become thinner, break, and ultimately split apart. New ocean crust erupts in the void, ultimately creating an ocean between continents. On either side of the ocean are now two different lithospheric plates. This is how continents split apart.

These features are well displayed in the East African Rift, where rifting has begun, and in the Red Sea, where water is filling up the basin created by seafloor spreading. The Atlantic Ocean is the final stage, where rifting is now separating two plates of oceanic crust. 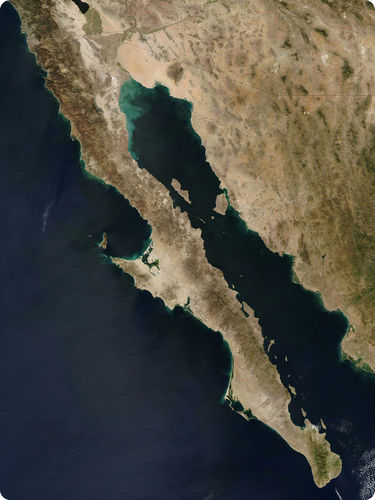 Baja California is rifting apart from mainland Mexico, as seen in this satellite image. 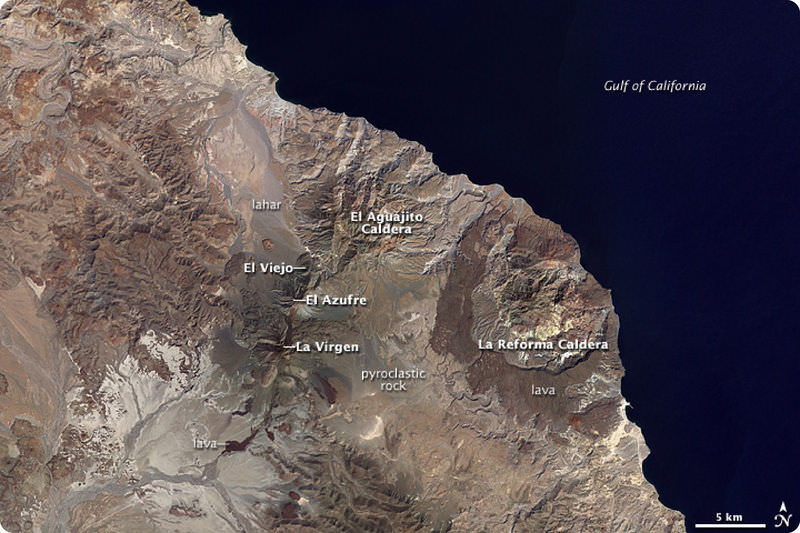 Volcanism in Baja California is evidence of rifting.

Rifting has caused volcanic activity on the Baja California peninsula as seen in the Figure above.

Can you relate what is happening at this plate boundary to what happened when Pangaea broke apart?