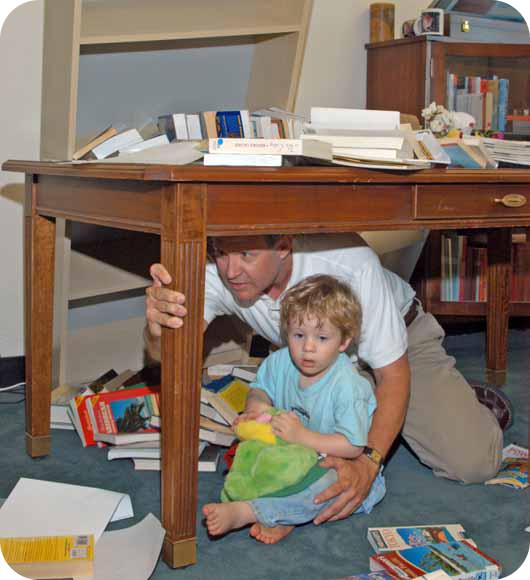 Have you ever felt an earthquake?

Small earthquakes are fairly common in some parts of the world. Depending on the quake, the land, and the setting, people experience them differently. You may wonder why your chair is moving, when you are sitting still. You may think someone is running across the roof. In a skyscraper, you may be swaying. Seismometers quantify this and record the energy released in the quake.

Seismic waves are measured on a seismograph. Seismographs contain a lot of information, and not just about earthquakes. 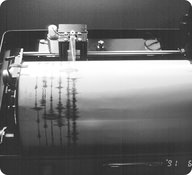 What We Learn from Seismograms

Seismograms contain a lot of information about an earthquake: its strength, length, and distance. Wave height is used to determine the magnitude of the earthquake. The seismogram shows the different arrival times of the seismic waves (Figure below). The first waves are P-waves since they are the fastest. S-waves come in next and are usually larger than P-waves. The surface waves arrive just after the S-waves. If the earthquake has a shallow focus, the surface waves are the largest ones recorded. 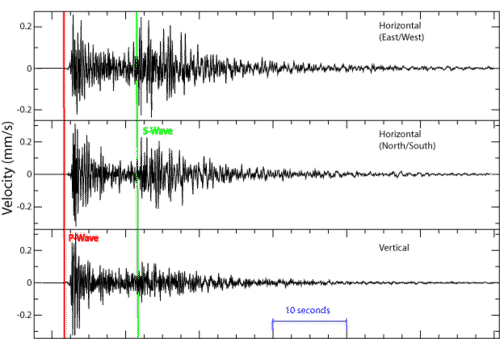 These seismograms show the arrival of P-waves and S-waves.

A seismogram may record P-waves and surface waves, but not S-waves. This means that it was located more than halfway around the Earth from the earthquake. What does that mean? Earth's outer core is liquid. S-waves cannot travel through liquid. So the liquid outer core creates an S-wave shadow zone on the opposite side of the Earth from the quake.

Like most things, seismographs are now digital. Information from seismic waves is fed into computers at seismic stations around the world.

Staying Safe in an Earthquake