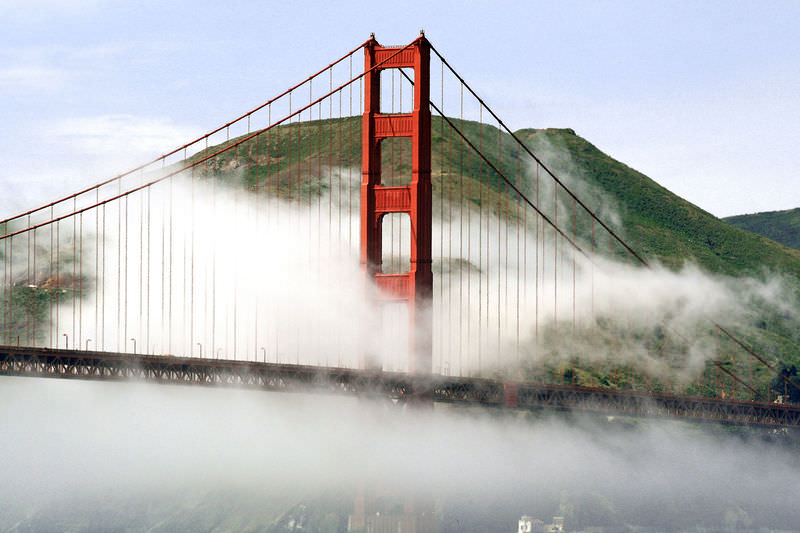 Where is the most famous fog in the U.S.?

Fog (Figure below) is a cloud on the ground. Fog forms when humid air near the ground cools below its dew point. Each type of fog forms in a different way. 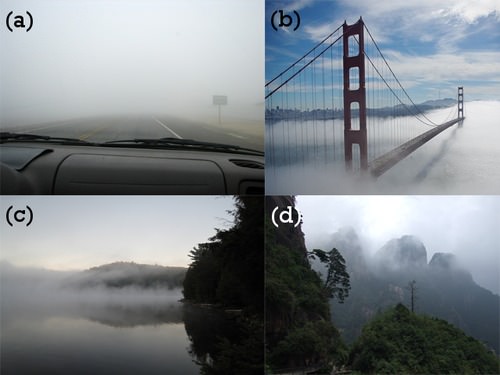 (a) Tule fog in the Central Valley of California. (b) Advection fog in San Francisco. (c) Steam fog over a lake in Algonquin Park, Canada. (d) Upslope fog around the peaks of the Sanqing Mountains in China.

Fog levels are declining along the California coast as climate warms. The change in fog may have big ecological changes for the state.