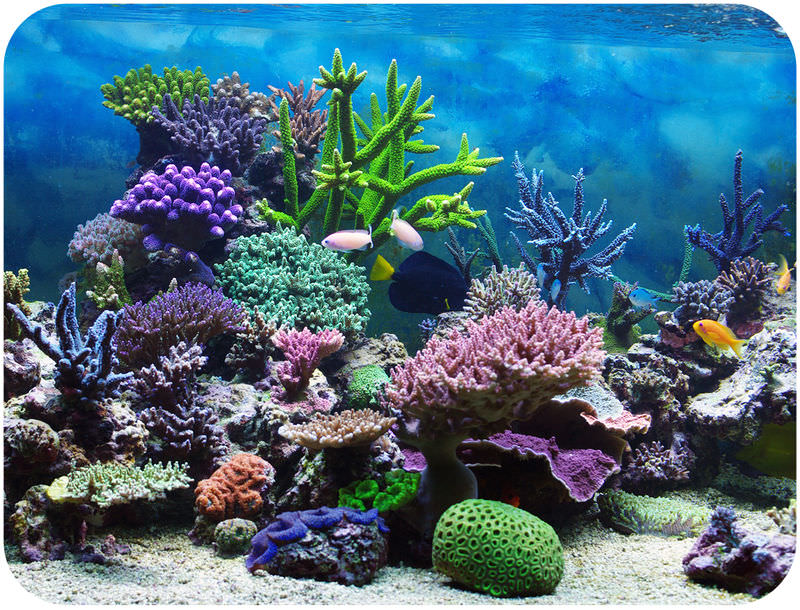 Are corals animal, plant, or mineral?

Cnidarians, in the phylum Cnidaria, include organisms such as the jellyfish, corals, and sea anemones. These animals are found in shallow ocean water. You might know that these animals can give you a painful sting if you step on them. That’s because cnidarians have stinging cells known as nematocysts. Cnidarians use nematocysts to catch their food. When touched, the nematocysts release a thread of poison that can be used to paralyze prey. Cnidarians are among the simplest of the so-called "higher" organisms, but are also among the most beautiful.

The body plan of cnidarians is unique because these organisms show radial symmetry, making these animals very different from those that evolved before them. Radial symmetry means that they have a circular body plan, and any cut through the center of the animal leaves two equal halves.

Unlike the sponges which evolved prior to cnidarians, the cnidarians are made up of true tissues. The inside of a cnidarian is called the gastrovascular cavity, a large space that helps the organism digest and move nutrients around the body. The cnidarians also have nerve tissue organized into a net-like structure, known as a nerve-net, with connected nerve cells dispersed throughout the body. Cnidarians do not have true organs, however.

Reproduction is by asexual budding (polyps) or sexual formation of gametes (medusae, some polyps). The result of sexual reproduction is a larva, which can swim on its own.

Some types of cnidarians are also known to form colonies. Two examples are described below.