A prism, like the one in the Figure below, can be used to separate visible light into its different colors. A prism is a pyramid-shaped object made of transparent matter, usually clear glass or plastic. Matter that is transparent allows light to pass through it. A prism transmits light but slows it down. When light passes from air to the glass of the prism, the change in speed causes the light to change direction and bend. Different wavelengths of light bend at different angles. This makes the beam of light separate into light of different wavelengths. What we see is a rainbow of colors.

Q: Look back at the rainbow that opened this article. Do you see all the different colors of light, from red at the top to violet at the bottom? What causes a rainbow to form? A: Individual raindrops act as tiny prisms. They separate sunlight into its different wavelengths and create a rainbow of colors.

Launch the PLIX Interactive below to observe the refraction of white light through a prism. You can adjust the angle of the white light shining on the prism and observe its effect on how each color of light refracts (or bends):

An opaque object is one that doesn’t let light pass through it. Instead, it reflects or absorbs the light that strikes it. Many objects, such as the leaves pictured in the Figure below, reflect just one or a few wavelengths of visible light and absorb the rest. The wavelengths that are reflected determine the color that an object appears to the human eye. For example, the leaves appear green because they reflect green light and absorb light of other wavelengths. 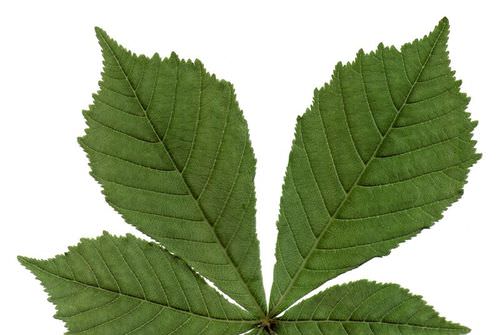 A transparent or translucent material, such as window glass, transmits some or all of the light that strikes it. This means that the light passes through the material rather than being reflected by it. In this case, we see the material because of the transmitted light. Therefore, the wavelength of the transmitted light determines the color that the object appears. Look at the beautiful stained glass windows in the Figure below. The different colors of glass transmit light of different colors.

The color of light that strikes an object may also affect the color that the object appears. For example, if only blue light strikes green leaves, the blue light is absorbed and no light is reflected.

Q: What color do you see if an object absorbs all of the light that strikes it?

A: When all of the light is absorbed, none is reflected, so the object looks black. But black isn’t a color of light. Black is the absence of light.

The Colors We See 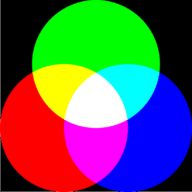 Have you ever wondered why we see the colors we do? Watch the video below to discover more about the science behind visible colors:

Many objects have color because they contain pigments. A pigment is a substance that colors materials by reflecting light of certain wavelengths and absorbing light of other wavelengths. A very common pigment is the dark green pigment called chlorophyll, which is found in plants. Chlorophyll absorbs all but green wavelengths of visible light. Pigments are also found in many manufactured products. They are used to color paints, inks, and dyes. Just three pigments, called primary pigments, can be combined to produce all other colors. The primary colors of pigments are the same as the secondary colors of light: cyan, magenta, and yellow.

Q: A color printer needs just three colors of ink to print all of the colors that we can see. Which colors are they?

A: The three colors of ink in a color printer are the three primary pigment colors: cyan, magenta, and yellow. These three colors can be combined in different ratios to produce all other colors, so they are the only colors needed for full-color printing.

What color would a white car appear under yellow light? What would you see when you look at an orange car through green glasses? Why? Use the sliders in the Rose-Colored Glasses simulation below and play around with setting different colors for the light source, the car, and the glasses to answer these questions and learn more about the light and color: