This lesson will help you learn and practice Freezing Action. In Get the Basics, you'll get explanations and photos to build understanding. In Explore, you'll find additional online resources to learn more. It's important to review and learn from these resources also! You'll have opportunities to practice in Build Your Skills. Finally, answer the questions in Record Your Findings at the end of this topic. Be sure to include information you learned from the Explore resources.

Have you ever seen photos of action in sports in which the player(s) appear frozen in time? How about a splash as something hits the water? Freezing action is a common but fascinating technique that stops movement and allows you to see something that would have happened too quickly to see without the benefit of photography.

Here are some examples of freezing action.

1. This young man appears frozen in the air while dancing to some tunes. 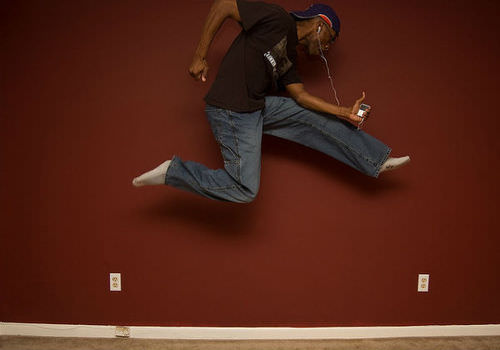 2. A baseball pitcher winds up for the pitch. 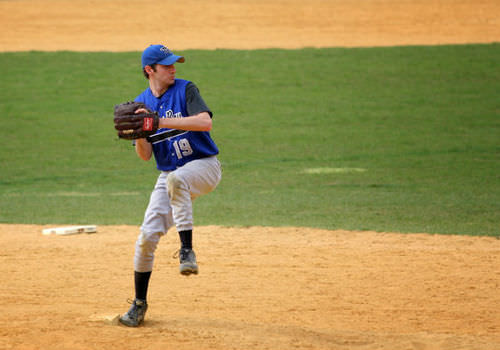 3. The boy appears to be flying with the seagull. 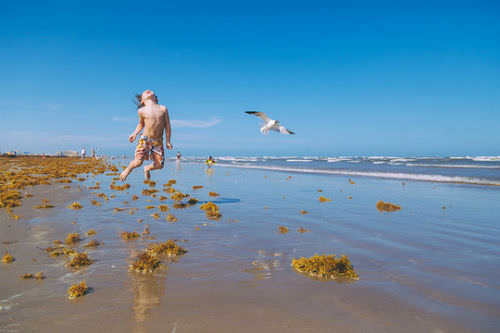 4. The dog is caught running. 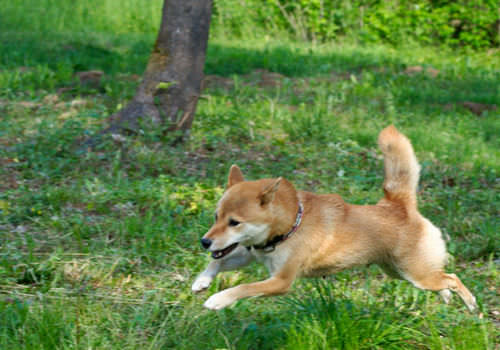 Before you learn more about freezing action, you need to review the concept of aperture. In the chapter, Your Digital Camera, you learned that shutter speed and aperture affect each other. Aperture is the round hole that lets light reach the sensor. A larger aperture lets in more light, while a smaller aperture lets in less light. If you use a fast shutter speed, there's less time for light to enter the camera, so you may need to increase the aperture. Remember, though, the larger the aperture, the narrower the depth of field. That's what happens with the sports action photo with the frozen player and the blurry background. The shutter speed is fast, so you need more light and set the aperture larger. The larger aperture narrows the depth of field, so the player is in focus but anything in front or behind the player is out of focus.

For great examples of freezing action photos, lots of ideas for shooting your own, and suggested shutter speeds for different subjects, see Shutter Speed: Freezing Action from MyPhotoSchool:
http://www.my-photo-school.com/2013/04/17/shutter-speed-freezing-action/

Learn more dos and don'ts at Common mistakes at every shutter speed (and the best settings you should use) from Digital Camera World:
http://www.digitalcameraworld.com/2012/05/29/common-mistakes-at-every-shutter-speed-and-the-best-settings-you-should-use/

It's your turn to try and freeze the action! Since your subjects are moving, don't worry about shooting pairs of photos to compare. Try and capture two or more freezing action photos.

Review your freezing action photos. Select TWO photos. Share your photos with your teacher, and be prepared to discuss how they show what you’ve learned. Download your photos to a computer to keep them for the portfolio you’ll create in the end-of-course final project.