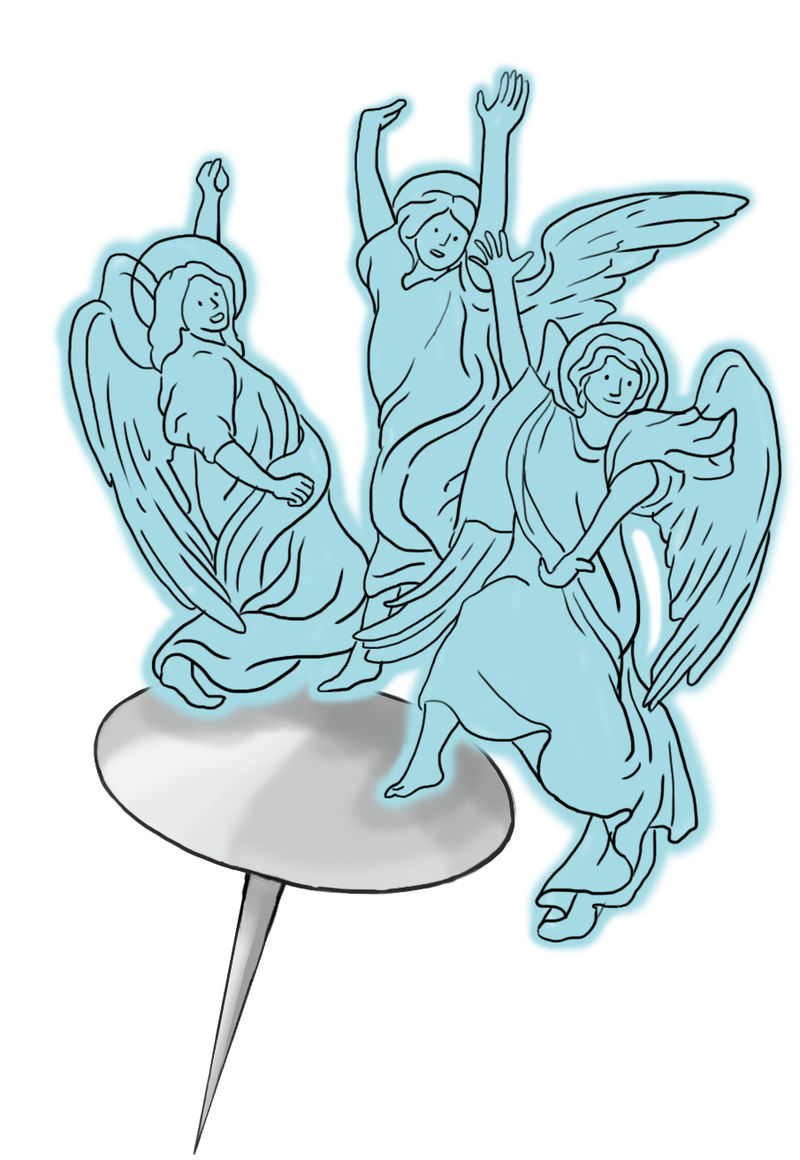 How many angels can dance on the head of a pin?

This is a question that has been pondered over the centuries. Can it be answered using the scientific method? Is it a scientific question?

The Goal of Science

Often, students learn that the scientific method goes from step to step to step in a specific order, like so:

In reality, however, the process doesn’t always go in a straight line. A scientist might ask a question and then start doing some background research. During his research, he may discover that his original question needed to be asked in a different way, or that an entirely different question should be asked. As a result, he is brought back to the first step of the scientific method.

Now, let’s ask a scientific question. Remember that it must be testable.

We learned in the previous concept, "Scientific Explanations and Interpretations," that the average global temperature has been on the rise. Scientists know that carbon dioxide is a greenhouse gas. Greenhouse gases trap heat in the atmosphere. This leads us to a question:

Question: Is the amount of carbon dioxide in Earth’s atmosphere changing?

This is a good scientific question because it is testable. According to data collected at the Mauna Loa Observatory in Hawaii, atmospheric carbon dioxide has been increasing since record keeping began in 1958. The small ups and downs of the red line are due to seasonal changes in the winter and summer. The black line traces the annual average.

How has carbon dioxide in the atmosphere changed since 1958 (Figure above)? The line on the graph is going up so carbon dioxide has increased. About how much has it increased in parts per million?

So we’ve answered the question. We used data from research that has already been done. Fortunately, scientists have been monitoring CO2 levels over the years. If they hadn't, we’d have to start these measurements now.

Because this question can be answered with data, it is testable.