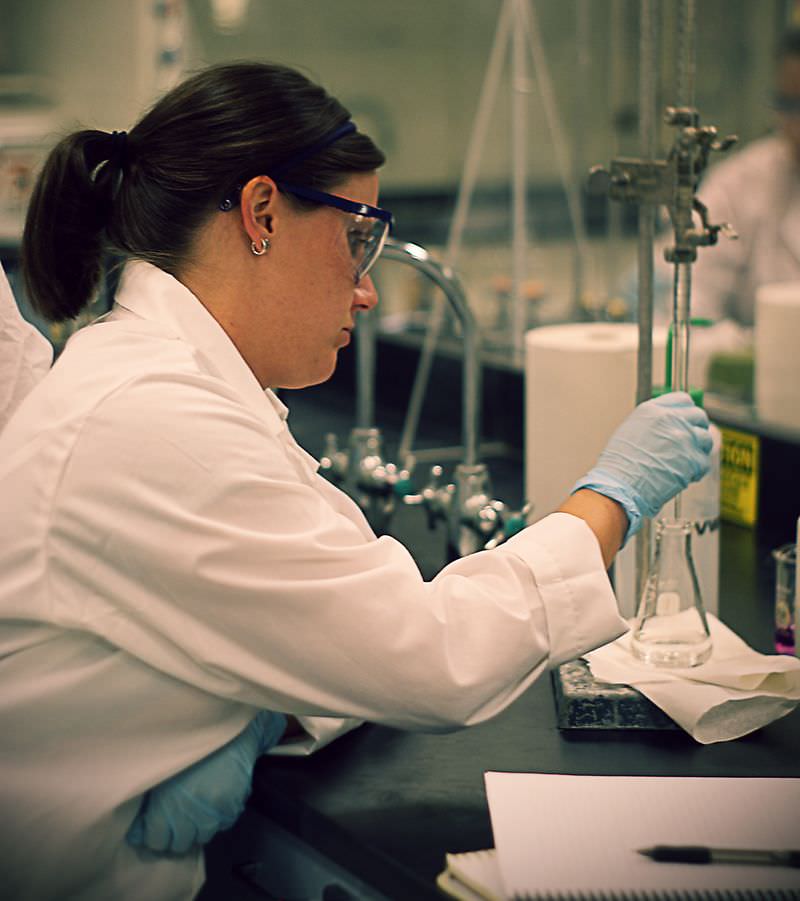 How do you test a hypothesis?

When you test a hypothesis, you must make observations or perform experiments. So far in this concept we have used scientific papers that were published. The papers were available because scientists collected that data using scientific method. If we asked a new question, we would need to do the testing ourselves. How might you do the testing yourself?

To test a hypothesis you need data. How do you collect data? By making observations or running experiments.

Observations can happen on many scales. You can use a microscope to observe tiny things. You can use a telescope to observe distant things in space. To learn about the effects of climate change, you could observe Earth's surface. How would you make observations of Earth's surface? You could do this from the land surface or from space. Many important observations are made by orbiting satellites. These satellites have a bird's eye view of how the planet is changing (Figure below). 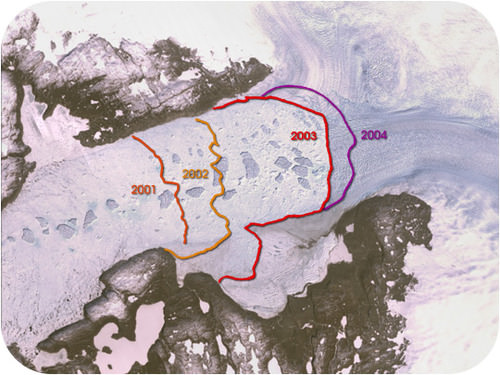 This satellite image shows the retreat of the Jakobshavn Isbrae Glacier in Greenland from 2001-2004.

Observations are made when it is not possible to do experiments. Scientists send devices to make observations in dangerous places. They send devices to places that are difficult for people to go. For example, many rovers have been to Mars (Figure below). There will probably be many more before the first human gets there. 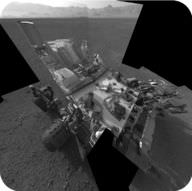 Portrait of the Curiosity rover that landed on Mars on August 5, 2012.

In an experiment, it is important to change only one factor. All other factors must be kept the same.

Why should an experiment manipulate only one variable? Imagine a woman who eats a diet heavy on junk food. She is low on energy and says she just doesn't feel right. She decides to change her diet. She cuts out dairy products, wheat, meat and refined sugar. She also cuts out junk food. She feels better! She insists that the cause of her new well-being is the lack of dairy, wheat, meat, and sugar. But it's also possible that she feels better because she eliminated junk food. In other words, she doesn't know what made her feel better. Is it possible that it was eliminating junk food that made her feel better? Is it possible it was eliminating wheat? Meat? Maybe she's lactose intolerant and it was milk. Of course, it could have been any of those things. She doesn't know what it is that made her feel better because she changed too many variables. How could she be more scientific about understanding exactly what it was in her diet that was making her feel bad?

Scientists make many measurements during experiments. Humans and equipment can make mistakes. Errors are often unavoidable. This is called experimental error. Errors may be due to the equipment being used. In this case, the numbers may be always skewed in one direction. For example, a scale may always measure one-half of an ounce high. People can also make errors. A measurement may not be made precisely. For example, a stopwatch may be stopped too soon or too late. But probably not always in the same direction. To correct for this, many measurements are taken. The measurements are then averaged. Experiments always have a margin of error associated with them.