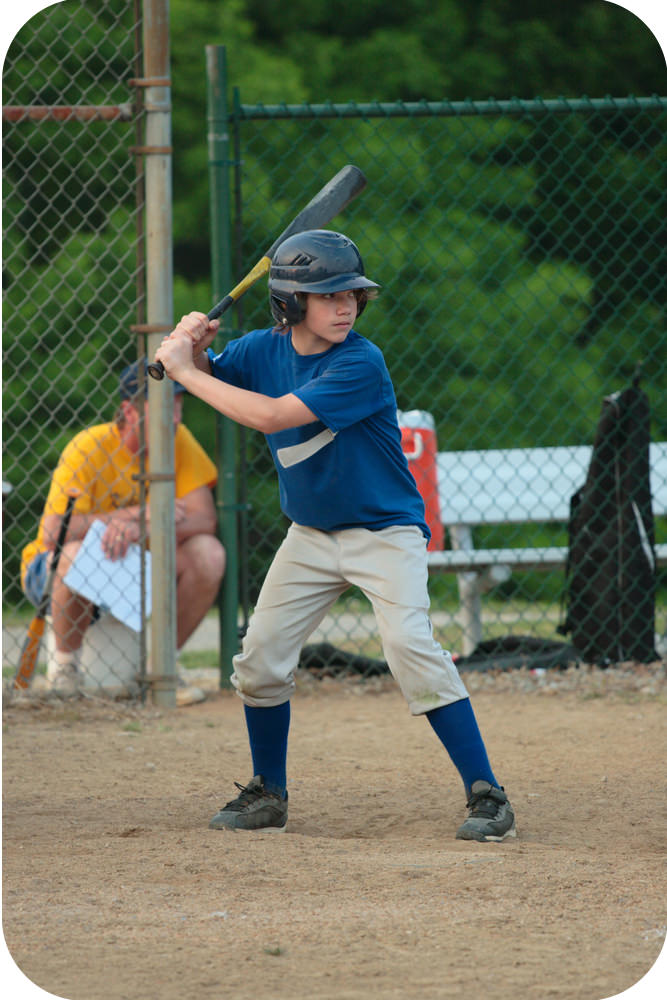 Do you have a theory about why this batter can't hit?

This batter hasn't hit a ball in his last 20 at bats. His coach has a theory: it's because he needs glasses. The idea is a good one, although it is not a theory. In common speech, the word theory is often misused. It is often misused when referring to scientific ideas as well. What would be a better word to use?

A scientific theory is supported by many types of evidence. It is a synthesis of evidence from many experiments and observations. A theory has no major inconsistencies. A theory is a simple model of reality. It is simpler than the phenomenon itself. A theory explains a phenomenon. Scientists can use a theory to make predictions.

A theory is constantly tested. If some data does not agree with the theory, the theory can be revised. If the theory cannot match the data, it is thrown out. That being said, sometimes a theory is well-established; it has a lot of evidence to back it up. A well-established theory is unlikely to be overthrown. It may just need to be modified a bit. But science does not prove anything beyond a shadow of a doubt.

The three theories below are essential in Earth science. Each accounts for an enormous amount of data. Each is supported by many lines of evidence. All can be used to make predications. As new evidence arises, any of these theories may need to be altered. But none of these three are likely ever to be disproved. They are accepted by nearly all of the credible scientists in their fields.

The Theory of Evolution

Evolution means change over time. Darwin’s theory of evolution says that organisms change over time (Figure below). Evolution is seen in the fossil record. It is seen in the way organisms develop. Evolution is evident in the geographic locations where organism are found. It is evident in the genes of living organisms. Evolution has a mechanism called natural selection. The organism that is best suited to its environment is most likely to survive.

The theory of evolution maintains that modern humans evolved from ape-like ancestors.

The Theory of Plate Tectonics

Plate tectonics theory says that slabs of continents move around on Earth's surface. The mechanism for that movement is seafloor spreading. Plate tectonics explain many things about Earth: (1) geological activity, why it happens where it does; (2) natural resources, why many are found where they are; and (3) the past and future, what happened in the past and what will happen in the future. The theory of plate tectonics will be explored in the chapter Plate Tectonics.

The Theory of Climate Change

The theory of climate change is very new. In fact, scientists don't even call it a theory. But it meets the requirements. These are the things we know: (1) average global temperatures are rising, (2) greenhouse gases trap heat in the atmosphere, (3) CO2 is released into the atmosphere when fossil fuels are burned, (4) CO2 is a greenhouse gas, (5) more CO2 in the atmosphere traps more heat so global temperature is rising. No information contradicts this theory, although some details have not been worked out. The theory is very effective at predicting future events, which are already taking place. This idea will be explored in detail in the chapter Atmospheric Processes.

Many people think that any idea that is completely accepted in science is a law. But that is not true. In science, a law is something that always applies under the same conditions. A law explains a fairly simple phenomenon. A theory is much more complex: it tells you why something happens. A law only tells you that it happens. For example, if you hold something above the ground and let go, it will fall. This phenomenon is recognized by the law of gravity (Figure below). Some people say that evolution is "just a theory." But for a complex explanation like evolution, theory is the right word.

Skydiving is possible because of the law of gravity.