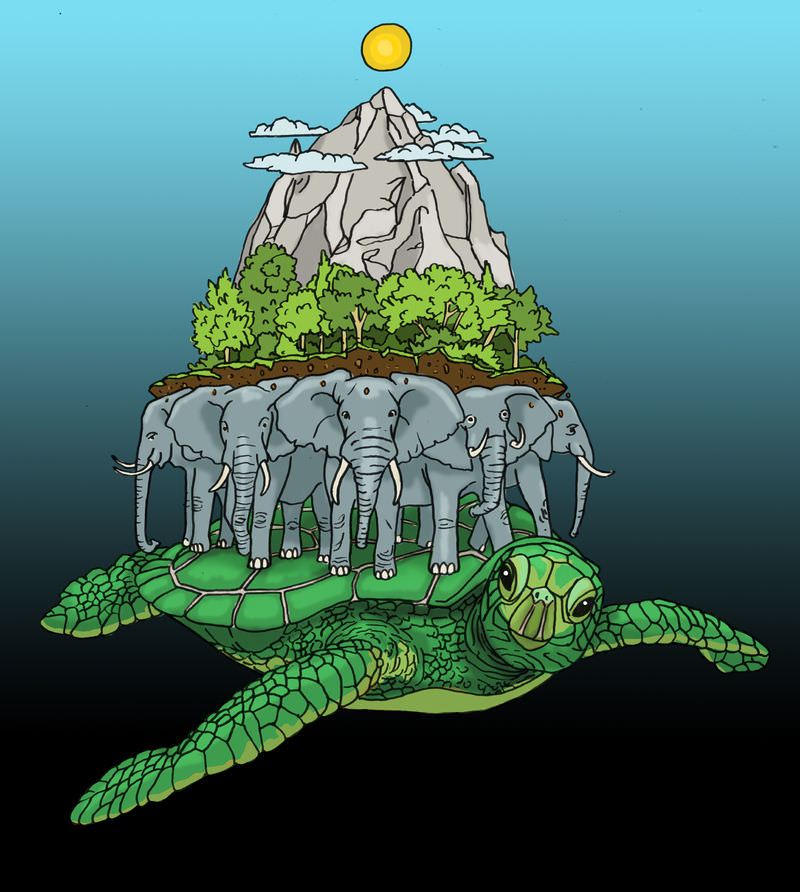 How do you know this isn't what the world is like?

The natural world wouldn’t make much sense without the theories scientists have developed to explain the things that happen or that we observe. Without science, we might think that the world was on the back of an elephant that rested on a tortoise (an inquisitive person would then wonder what the tortoise is resting on). With science, we have theories. Some are essential for earth science.

Scientific theories are sometimes thrown out when the data shows them to be wrong. Before plate tectonics theory was accepted, people thought that fossil organisms had spread around using land bridges. Although a land bridge across the Atlantic seemed a bit far-fetched, there was no better idea. Most scientists were relieved when they could toss that theory out.

But some theories account for so many phenomena and are so broadly supported by so many lines of evidence that they are unlikely ever to be disproved. Additional scientific evidence may reveal problems and scientists may need to modify the theories. But there is so much evidence to support them and nothing major to refute them that they have become essential to their fields of science.

The Theory of Evolution

Darwin’s theory of evolution has been under attack ever since Darwin proposed it. But nearly all biologists accept the theory and recognize that everything they learn about life on Earth supports the theory. Evolution is seen in the fossil record, in the developmental paths of organisms, in the geographic distribution of organisms, and in the genetic codes of living organisms. Evolution has a mechanism, called natural selection. People often refer to natural selection as “the survival of the fittest.” With natural selection, the organism that is best adapted to its environment will be most likely to survive and produce offspring, thus spreading its genes to the next generation. 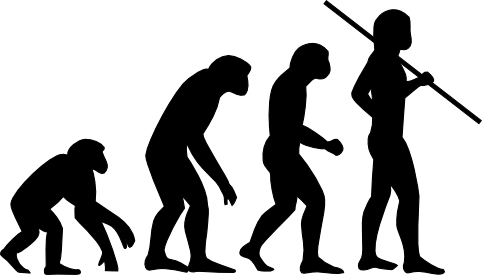 The theory of evolution maintains that modern humans evolved from ape-like ancestors.

The Theory of Plate Tectonics

The Theory That Climate is Changing Due to Human Activities

The theory of climate change is a much newer theory than the previous two. We know that average global temperatures are rising. We even know why: Carbon dioxide is released into the atmosphere when fossil fuels are burned. Carbon dioxide is a greenhouse gas. In the atmosphere, greenhouse gases trap heat. This is like putting an extra blanket over Earth. Since more heat is being trapped, global temperature is rising.

There is very little information that contradicts the theory that climate is changing due in large part to human activities. Unless some major discrepancy is discovered about how the atmosphere works, the theory is very likely to stand. So far, the evidence that is being collected supports the idea, and global warming can be used to predict future events, which are already taking place. This idea will be explored in detail in later concepts.

1. Scientists are reluctant to say that any theory is absolutely true. Why do you think that is?

2. What reasons do people have outside science to think that a theory is incorrect? Are these valid scientific arguments?

3. What are the three essential theories in Earth science as stated here?

Use these resource to answer the questions that follow. Note that plate tectonics will be described in great detail in coming concepts.