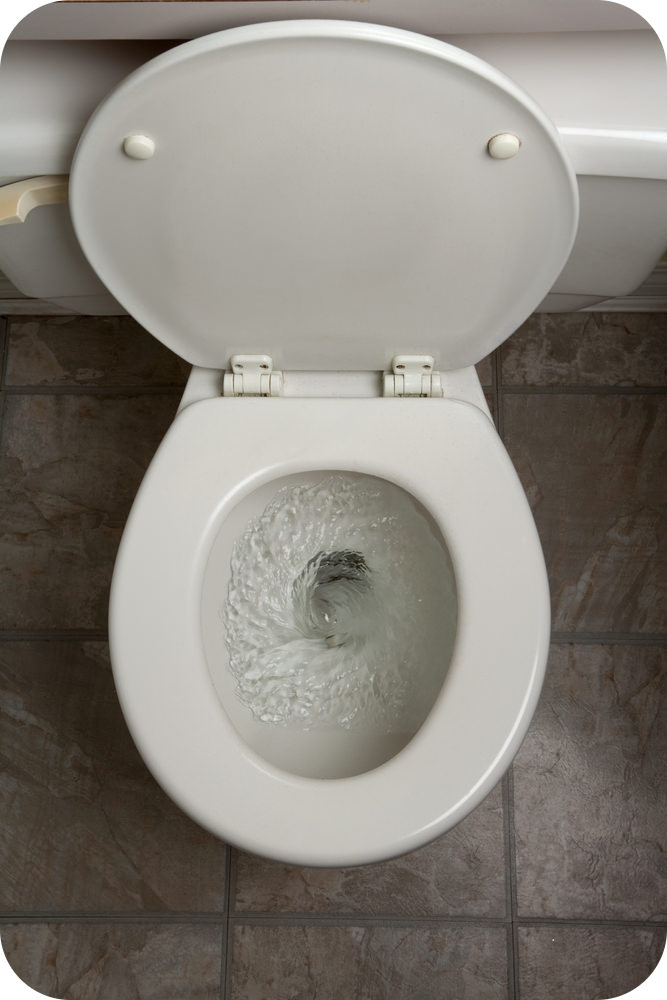 Is this an example of the Coriolis effect?

Does Coriolis determine which direction water in a toilet will swirl? Unfortunately, no. Friction and the power of the flush have too big an influence. But in the atmosphere and oceans, Coriolis affects flow direction.

The Coriolis effect is not a force, even though that's what it is sometimes called. Coriolis does not force anything to happen! Coriolis is an effect. What does that mean?

The Coriolis effect describes how Earth’s rotation steers winds and surface ocean currents. Unlike land, air and water move freely (in the absence of obstacles). The Coriolis effect causes the path of a freely moving object to appear to curve. This is because Earth is rotating beneath the object. So even though the object's path is straight, it appears to curve. The curve appears to be to the right in the Northern Hemisphere. It appears to be to the left in the Southern Hemisphere.

Here is an example in the Northern Hemisphere. A plane takes off from City A . The pilot wants to land in City B, which is 500 miles due north. But the plane will not arrive there without corrections. City B was due north of City A when the plane took off. But during the time it takes for the airplane to fly 500 miles, City B moves east. This happens because of Earth's rotation. So if the airplane flies due north, it will arrive at a different city, City C. City C is west of City B (in the Northern Hemisphere). To reach City B, the pilot should curve right while flying north. The opposite happens in the Southern Hemisphere. In the flights between cities pictured below (Figure below), the flight paths look curved. Since a flight path must curve to the right in the Northern Hemisphere, can you tell which city the plane took off from in each case? 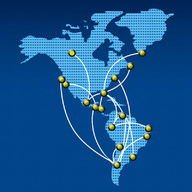 The Coriolis effect is the reason that airplanes' flight paths look curved, even though they are the shortest possible path. Although these flight paths show curves, what's wrong with this picture? (The curves do not all follow the path due to Coriolis.)

Effect for Air or Water

As wind or an ocean current moves, the Earth spins underneath it. Wind or water that travels toward the poles from the Equator curves to the east. Wind or water that travels toward the Equator from the poles curves to the west. The Coriolis effect bends the direction of surface currents to the right in the Northern Hemisphere. The currents curve left in the Southern Hemisphere (Figure below). 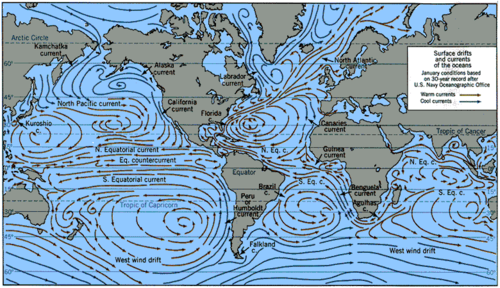 The Coriolis effect causes winds and currents to form circular patterns. The direction that they spin depends on the hemisphere that they are in.

Use these resources to answer the questions that follow.