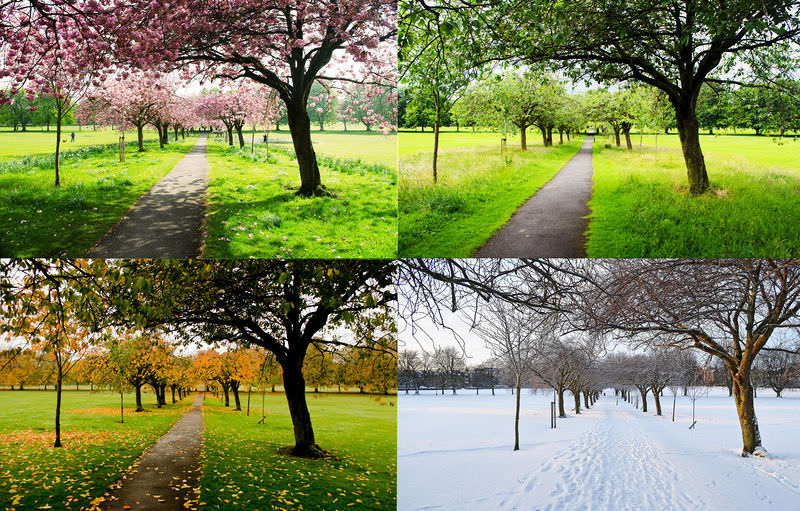 Do you live in a place with well-defined seasons? Do you appreciate the change of the seasons? In other words, are you happy that Earth's axis is tilted?

Some people think that Earth is closer to the Sun in the summer and farther away from the Sun in the the winter. But that's not true! Why can't that be true? Because when it's summer in one hemisphere, it's winter in the other. So what does cause the seasons? The seasons are caused by the 23.5° tilt of Earth’s axis. One hemisphere points more directly toward the Sun than the other hemisphere. As Earth orbits the Sun, the tilt of Earth's axis stays lined up with the North Star.

Solstice refers to the position of the Sun when it is closest to one of the poles. At equinox, the Sun is directly over the Equator. 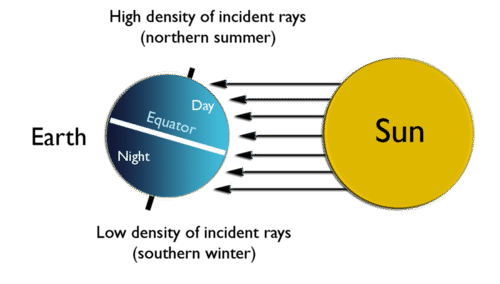 Summer solstice in the Northern Hemisphere. 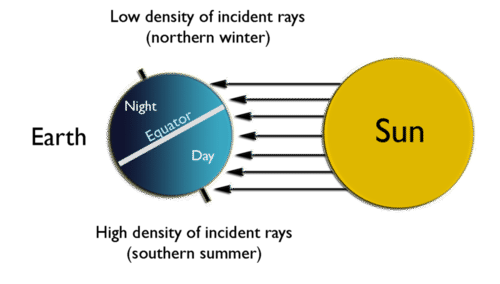 During summer in the Southern Hemisphere, the Sun’s rays directly strike the Tropic of Capricorn (23.5°S). Sunlight is spread across a large area near the South Pole. No sunlight reaches the North Pole.

Equinox comes halfway between the two solstices. At equinoxes, the Sun's rays shine most directly at the Equator (Figure below). The daylight and nighttime hours are exactly equal on an equinox. The autumnal, or fall, equinox happens on September 22 or 23. The vernal, or spring, equinox happens March 21 or 22 in the Northern Hemisphere. 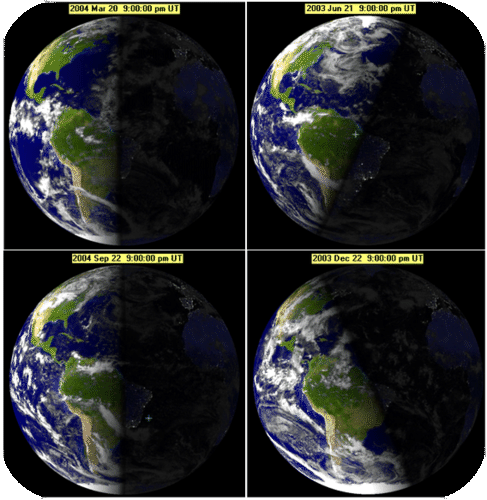