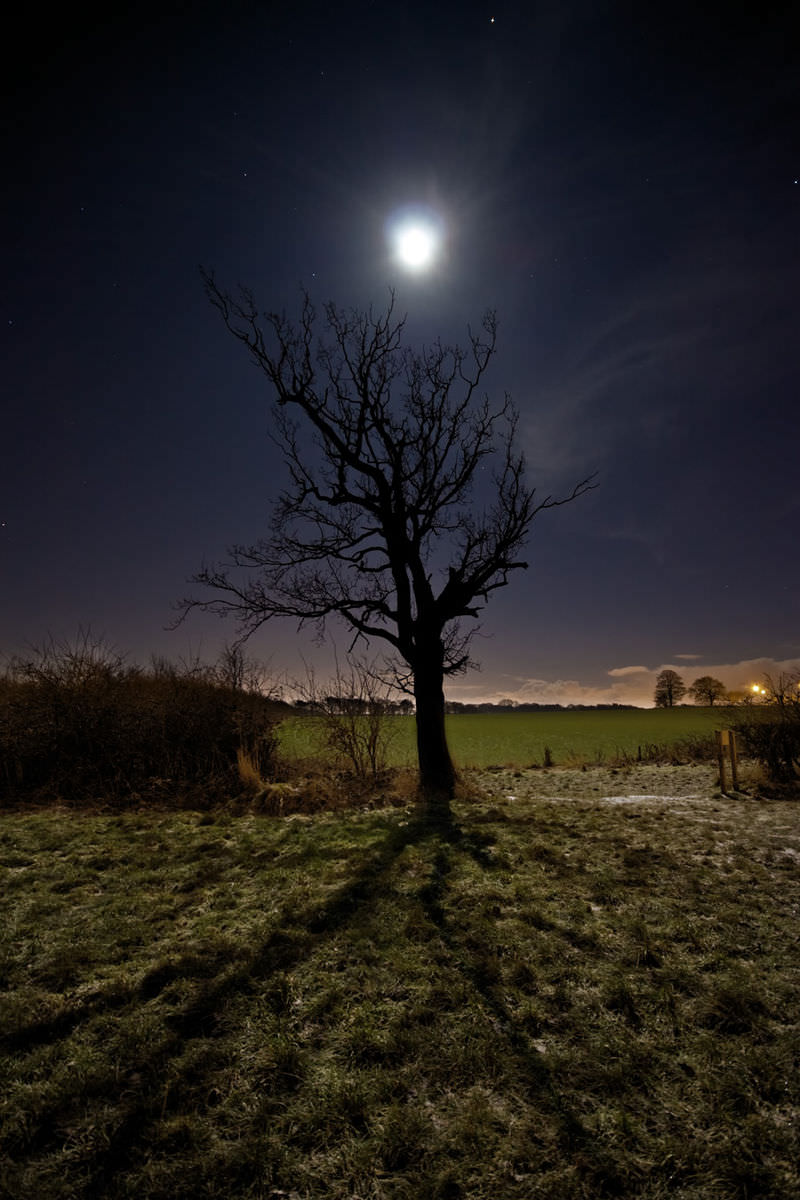 Can the Moon cast shadows?

Of course! A full moon is very bright. It is bright enough to cast shadows. If you are out away from city lights and the Moon is full, you might cast your own Moon shadow.

The Phases of the Moon

The Moon does not produce any light of its own. It only reflects light from the Sun. The Moon has phases because it orbits around Earth. One orbit takes about 28 days. As the moon moves around Earth, different parts of it appear to be lit up by the Sun. The Moon sometimes appears fully lit and sometimes completely dark. Sometimes it is partially lit. The different appearances of the Moon are referred to as phases of the Moon (Figure below).

A full moon occurs when the whole side facing Earth is lit. This happens when Earth is between the Moon and the Sun. 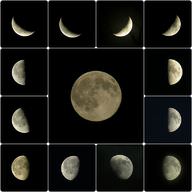 The moon's phases are a result of the moon's orbit around Earth.

About one week later, the Moon enters the quarter-moon phase. Only half of the Moon’s lit surface is visible from Earth, so it appears as a half circle.

Another week later, the Moon moves between Earth and the Sun. The side of the Moon facing Earth is completely dark. This is called a new moon. Sometimes you can just barely make out the outline of the new moon in the sky. This is because some sunlight reflects off the Earth and hits the Moon.

One week after that, the Moon is in another quarter-moon phase. Finally, in one more week, the Moon is back to full.