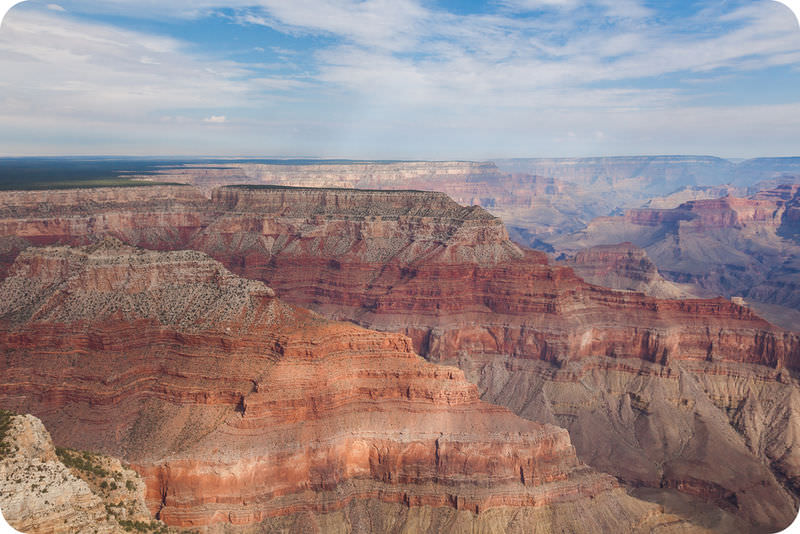 What is the pattern of the Grand Canyon rock layers?

If you go to the Grand Canyon, you'll see layers of sedimentary rocks. These rocks are extremely well exposed for viewing. Some people call this "layer cake geology." It looks like a layer cake, but not as tasty. Just like a cake, the bottom layer is put down first. Subsequent layers are deposited next. Where the layers are not horizontal, there was deformation.

Sedimentary rocks are formed in horizontal layers. This is magnificently displayed around the southwestern United States. The arid climate allows rock layers to be well exposed (Figure below). The lowest layers are the oldest, and the higher layers are younger. This concept is called superposition since it deals with the positions of rock layers. 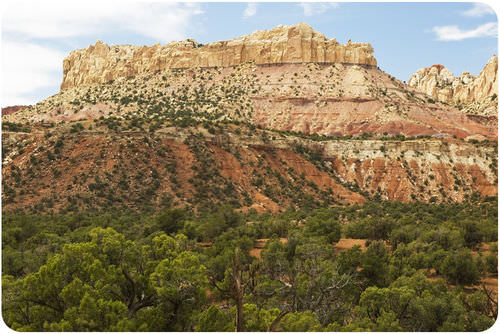 Layers of different types of rocks are exposed in this photo from Grand Staircase-Escalante National Monument. White layers of limestone are hard and form cliffs. Red layers of shale are flakier and form slopes.

Folds, joints, and faults are caused by stresses. If a sedimentary rock is tilted or folded, we know that stresses have changed the rock.