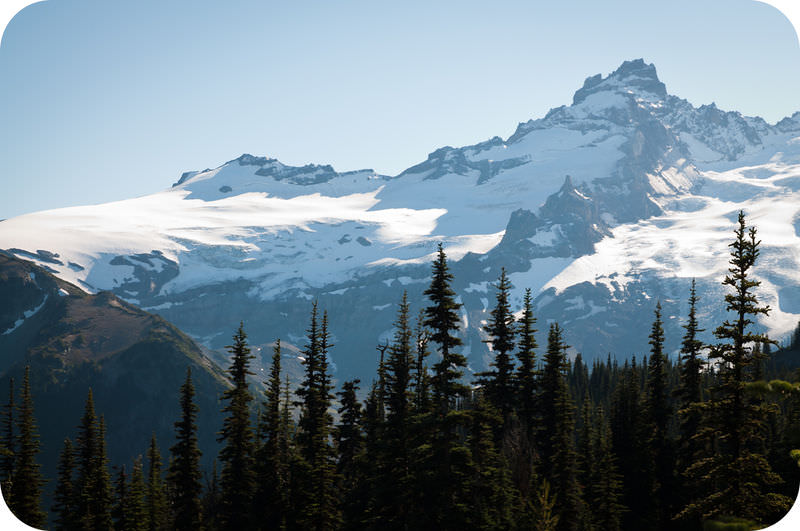 How do plate motions create mountains?

Plate tectonic processes create some of the world's most beautiful places. The North Cascades Mountains in Washington State are a continental volcanic arc. The mountains currently host some glaciers. There are many features left by the more abundant Ice Age glaciers. Changes in altitude make the range a habitable place for many living organisms.

Many processes create mountains. Most mountains form along plate boundaries. A few mountains may form in the middle of a plate. For example, hotspot volcanoes.

Most of the world’s largest mountains form as plates collide at convergent plate boundaries. Continental crust is too buoyant to get pushed down into the mantle. So when the plates smash together, the crust crumples upward. This creates mountains. Folding and faulting in these collision zones makes the crust thicker.

As India rams into Eurasia, the Himalaya Mountains rise.

Volcanic mountain ranges form when oceanic crust subducts into the mantle at convergent plate boundaries. The Andes Mountains are a chain of coastal volcanic mountains. They are forming as the Nazca plate subducts beneath the South American plate (Figure below).

Cotopaxi is in the Andes Mountains of Ecuador. The 19,300 foot tall mountain is the highest active volcano in the world.

Mid-ocean ridges form at divergent plate boundaries. As the ocean floor separates an enormous line of volcanoes is created.

Continents can also rift apart; a process called continental rifting. When continental crust is pulled apart, it breaks into blocks. These blocks of crust are separated by normal faults. This is known as block faulting. The blocks slide up or down. The result is alternating mountain ranges and valleys. This topography is known as basin-and-range (Figure below). The area near Death Valley, California is the center of a classic basin-and-range province (Figure below). 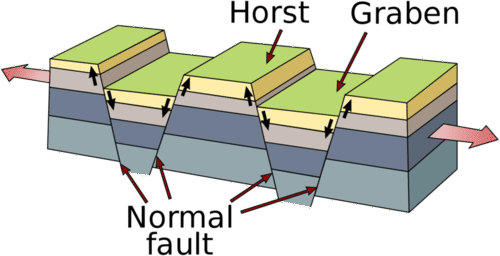 This diagram shows how a basin-and-range forms.

This photograph was taken from a basin with a range in the distance near Death Valley, California.