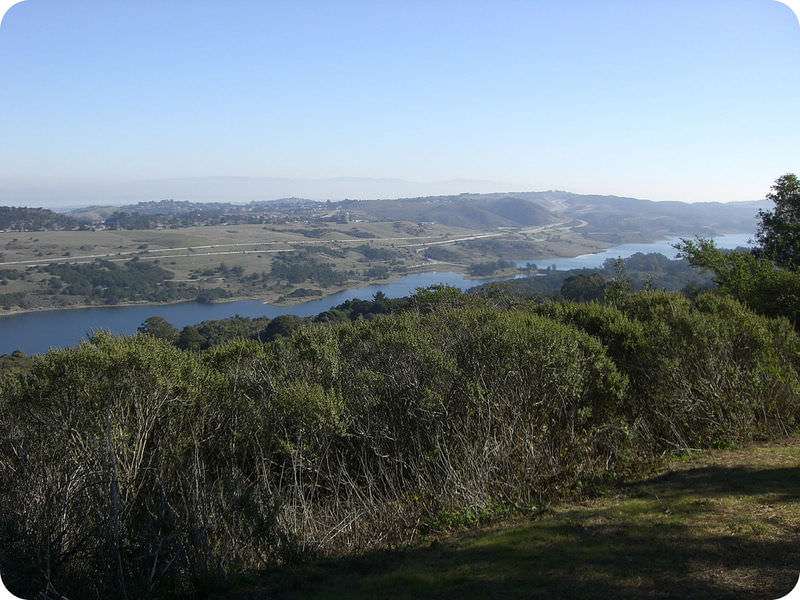 Why is this lake so long and straight?

The photo is of Crystal Springs Reservoir near the San Francisco Bay Area. The water has collected in a low point in the land. The reason for the low point is a fault, the San Andreas Fault. On one side of the reservoir is the Pacific Plate. On the other side is the North American Plate. Would this be a good place to build a home?

If there is no movement on either side of a fracture, the fracture is called a joint. Basalt rocks in Asia show horizontal and vertical joints (Figure below). These joints formed as the lava cooled and contracted.

Columnar joints in basalt in Asia.

If the rocks on one or both sides of a fracture move, the fracture is called a fault (Figure below). Faults can occur alone or in clusters. A cluster of faults creates a fault zone. Earthquakes happen when rocks break and move suddenly. The energy released causes an earthquake.

A series of faults offset this outcrop along Highway 191 in Moab, Utah.

Slip is the distance rocks move along a fault, as one block of rock moves past the other. The angle of a fault is called the fault’s dip. If the fault dips at an angle, the fault is a dip-slip fault (Figure below). 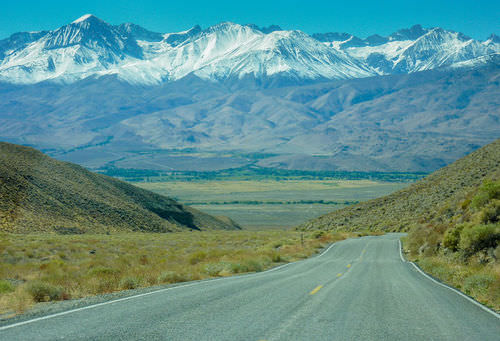 The Sierra Nevada Mountains in eastern California rose up along a normal fault.

When compression squeezes the crust into a smaller space, the hanging wall pushes up relative to the footwall. This creates a reverse fault. A thrust fault is a type of reverse fault. With a thrust fault the angle of the fault is close to horizontal. Rocks can slip many miles along thrust faults (Figure below). 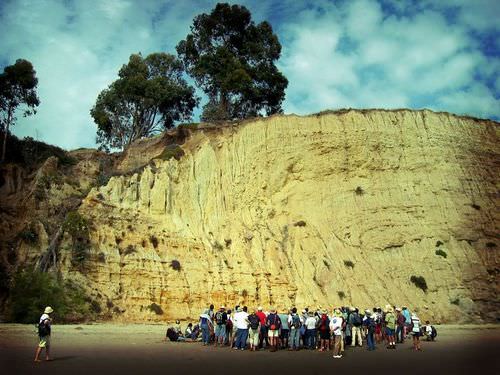 The San Andreas Fault in California is a right-lateral strike slip fault (Figure below). It is also a transform fault because the San Andreas is a plate boundary. Unlike what some people think, California will not fall into the ocean someday. The land west of the San Andreas Fault is moving northwestward, while the North American plate moves southeast. Someday, millions of years from now, Los Angeles will be a suburb of San Francisco!

The San Andreas Fault runs up through California. This transform fault separates the Pacific plate on the west and the North American plate on the east.