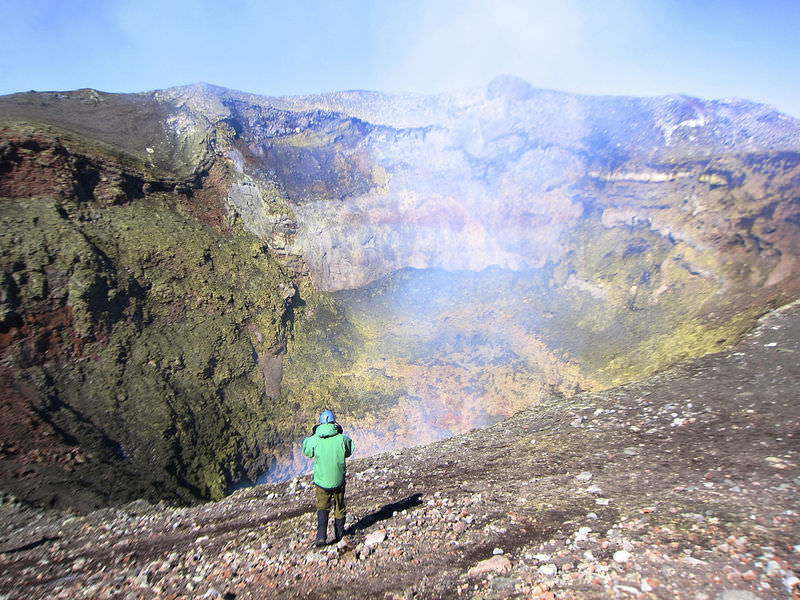 What is one of the deadliest science jobs?

No one can predict exactly when a volcanic eruption will take place. There are clues, but no one knows exactly when. Sometimes a volcano will erupt when scientists are studying it. Volcanologists have a high fatality rate among scientists because forecasting eruptions is so difficult.

Volcanic eruptions can be devastating, particularly to the people who live close to volcanoes. Volcanologists study volcanoes to be able to predict when a volcano will erupt. Many changes happen when a volcano is about to erupt. Even so, eruptions are very difficult to predict.

Scientists study a volcano’s history to try to predict when it will next erupt. They want to know how long it has been since it last erupted. They also want to know the time span between its previous eruptions. Scientists watch both active and dormant volcanoes closely for signs that show they might erupt.

Mount Rainier in Washington State is currently dormant. The volcano could, and probably will erupt again.

Earthquakes may take place every day near a volcano. Before an eruption, the number and size of earthquakes increases. This is the result of magma pushing upward into the magma chamber. This motion causes stresses on neighboring rock to build up. Eventually the ground shakes. A continuous string of earthquakes may indicate that a volcano is about to erupt. Scientists use seismographs to record the length and strength of each earthquake.

All that magma and gas pushing upward can make the volcano’s slope begin to swell. Ground swelling may change the shape of a volcano or cause rock falls and landslides. Most of the time, the ground tilting is not visible. Scientists detect it by using tiltmeters, which are instruments that measure the angle of the slope of a volcano.

Satellites can be used to monitor more than just gases (Figure below). Satellites can look for high temperature spots or areas where the volcano surface is changing. This allows scientists to detect changes accurately and safely. 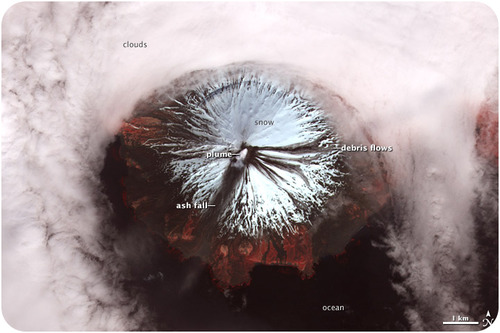 Mount Cleveland, in Alaska, is monitored by satellite.

Costs and Benefits of Predictions