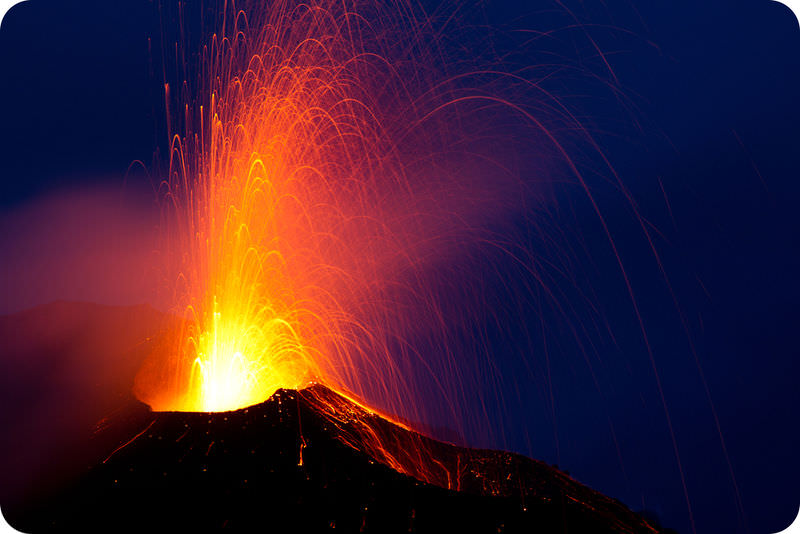 Isn't this an explosive eruption?

Mafic magma creates gentler, effusive eruptions. There is little or no gas. The lava is thin and fluid so that it flows over the ground like a river. Mafic magma pushes toward the surface through fissures. Eventually, the magma reaches the surface and erupts through a vent (Figure below). Effusive eruptions are common in Hawaii, where lavas are mafic. 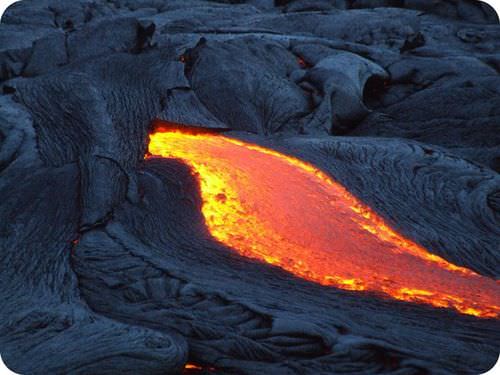 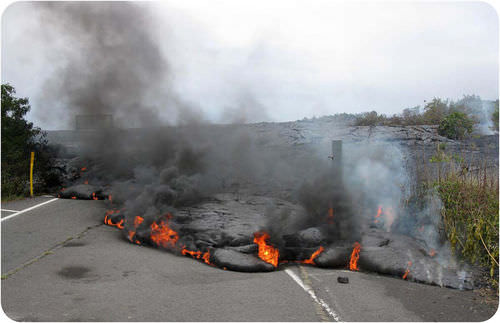 A road is overrun by an eruption at Kilauea volcano in Hawaii.