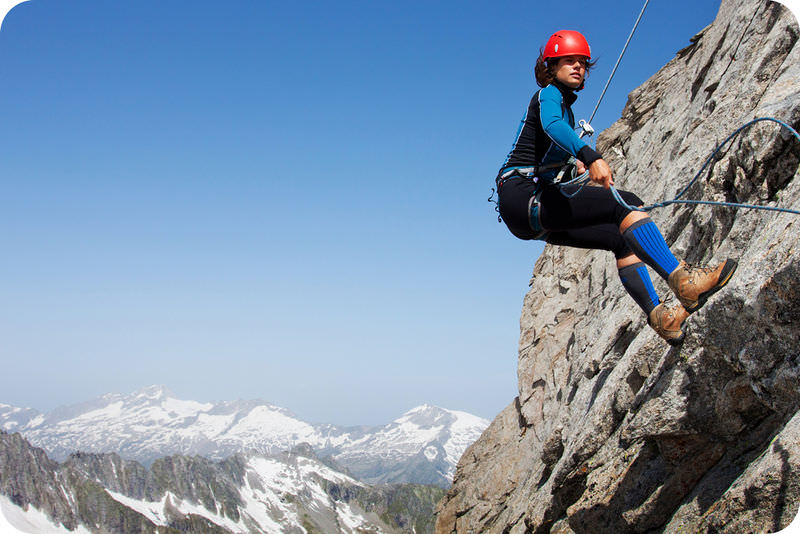 What good are plate boundaries?

Converging plates can be oceanic, continental, or one of each. If at least one is oceanic, it will subduct. A subducting plate creates volcanoes. Many of the world's volcanoes are the result of subduction at a convergent plate boundary. A map of the world's active volcanoes is pictured below (Figure below). 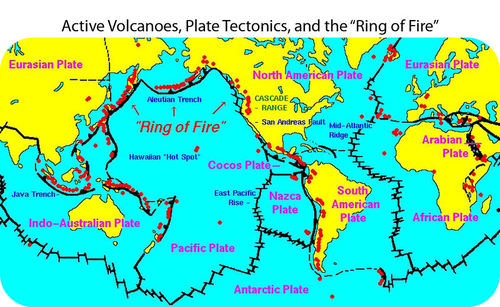 The Cascades (Figure below) are a chain of volcanoes at a convergent boundary. In this region, an oceanic plate is subducting beneath a continental plate. 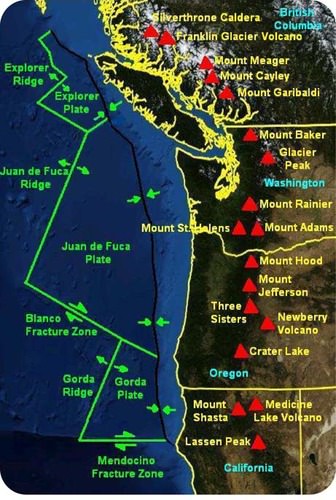 The Cascade Range is formed by volcanoes created from subduction of oceanic crust beneath the North American continent.

The Cascades have been active for 27 million years. The mountains we see today are no more than 2 million years old. The volcanoes receive a lot of winter snow, and many are covered by glaciers (Figure below).

At divergent plate boundaries, hot mantle rock rises into the space where the plates are moving apart. As the hot mantle rock rises, it goes from higher to lower pressure. This is because there is no longer the weight of all the rock above it. Lower pressure lowers the melting temperature of the rock (2 in the previous section). This is why there is volcanism at divergent plate boundaries. Lava erupts through long cracks in the ground, or fissures.

Volcanoes erupt at mid-ocean ridges, such as the Mid-Atlantic ridge. Seafloor spreading creates new seafloor in the rift valleys. This type of volcanism makes all of the ocean floor! Where a hotspot is located along the ridge, such as at Iceland, volcanoes grow high enough to create islands (Figure below). 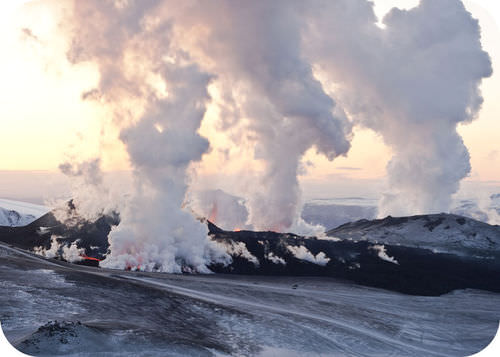 A volcanic eruption on Iceland, where the Mid-Atlantic Ridge breaches the ocean surface. 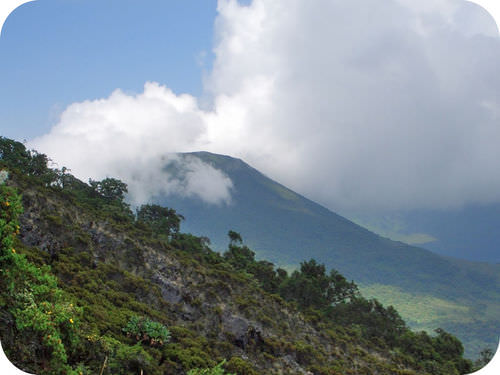 Mount Gahinga, a mountain in Uganda, located in the East African Rift valley.