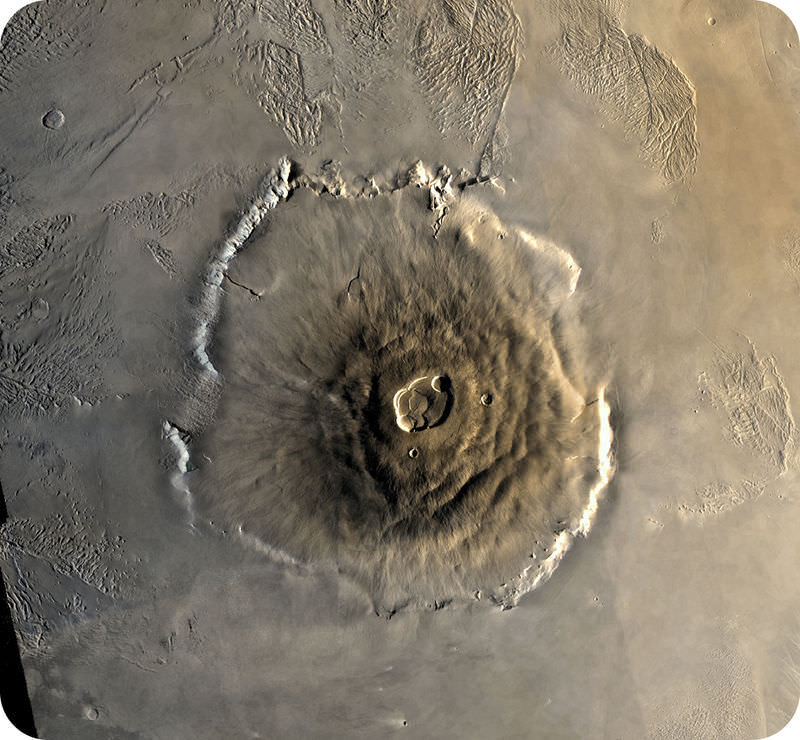 Is Earth the only planet to have volcanoes?

On Earth, active volcanoes are found on all continents except Australia. Volcanoes even erupt under the ice on Antarctica! Volcanoes are also common elsewhere in the solar system. In fact, the biggest known volcano is on Mars. This image is of Olympus Mons, a shield volcano. Olympus Mons is three times the height of Mt. Everest, but its slopes are very gentle.

A volcano is a vent through which the material from a magma chamber escapes. This may include lava, rock fragments, ash, and gases. Volcanic eruptions can come from many types of structures. Most people think of volcanoes as large, peaky cones. But volcanoes can be large and broad or tiny little cones. Volcanic eruptions can come from fractured domes, a vent in the ground, or from a giant hole in the ground.

Volcanoes are a vibrant manifestation of plate tectonics processes. Volcanoes are common along convergent and divergent plate boundaries. They are also found within lithospheric plates at hotspots. Wherever mantle is able to melt, volcanoes are likely to be the result.

The Pacific Ocean basin is a good place to look for different types of volcanoes. The light blue wavy line that goes up the right-center of the diagram is the East Pacific Rise. The rise is made of volcanoes at a divergent plate boundary. Trenches due to subduction are on the west and east sides of the basin. Subduction creates island arcs that are seen in the Western Pacific. Subduction also creates continental arcs seen along Central and South America. Hawaii is the line of volcanoes trending southeast-northwest near the center-top of the image (Figure below). The Hawaiian volcanoes are due to a hotspot. 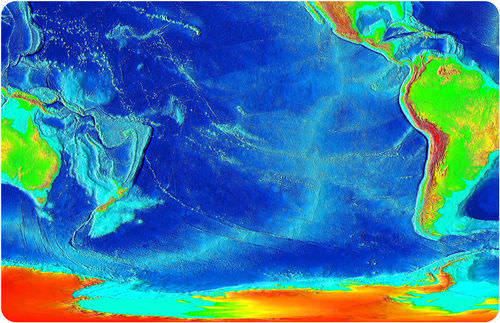 Volcanoes erupt because mantle rock melts. This is the first stage in creating a volcano. How can rock melt? One way is if the temperature rises. Another way is if the pressure on the rock decreases; this will lower the rock's melting temperature. The melting temperature of a rock also goes down if water is added. Every time there is a volcanic eruption, one or more of these things happens. For each type of volcano mentioned in these concepts, think about how and why melting occurs.

Volcanoes can be active, dormant, or extinct.

Of all the volcanoes in the world, very few are erupting at any given time. Scientists question whether a volcano that is not erupting will ever erupt again and then describe it as active, dormant, or extinct.